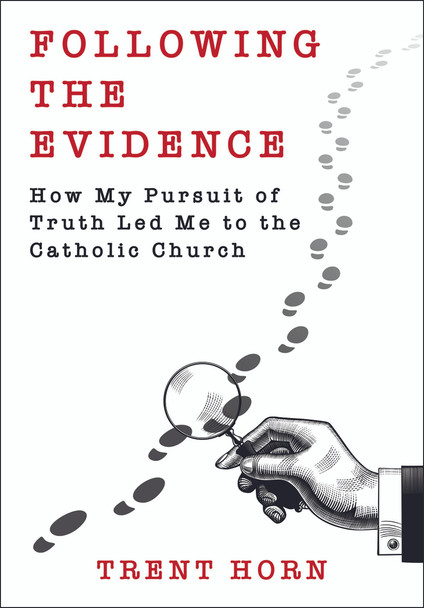 Raised by a Jewish father and an ex-Catholic mother, Trent Horn was adrift in skepticism in his teenage years and believed religion was “a crutch for the simple-minded.”

At the time, Trent:

But now Trent shares the story of his conversion to the Catholic Faith and how God turned him dramatically around.

In the new, two-CD set Following the Evidence, Trent shares how he went from a skeptic in high school to becoming a devout, defender of the Faith.

Now: $15.95
Was:
Today’s popular champions of atheism are often called New Atheists. But there’s nothing really “new” about their arguments. They’re the same basic objections to God that...

Now: $19.95
Was:
Are you able to explain to others the “big picture” of the Catholic Faith? Not just this teaching or that, but the whole story from beginning to end? In From Creation to...

Now: $19.95
Was:
No matter how hard you try, talking with your friends and family about abortion too often winds up at one extreme or the other—either tempers and emotions get out of hand or to keep the peace...

Now: $21.95
Was:
October 2017 marked the 500th anniversary of the Protestant Reformation, when, as the story goes, Martin Luther nailed a list of his grievances with the Catholic Church (commonly called "The 95...

Now: $19.95
Was:
Is the Church wrong on contraception? In a world that practically worships the pursuit of sexual pleasure, the Catholic Church’s teaching on contraception can seem unintelligible. Critics say...

Now: $19.95
Was:
The apostles preached and preserved the Faith they received from Jesus. This is the story of what happened next. In The Very First Fathers, Jimmy Akin (author of the best-selling book The...

Now: $19.95
Was:
Few Christian groups straddle that fine line between sect and denomination as does the Seventh-day Adventist (SDA) Church. On the one hand, its more than 20 million members profess belief in many...

Now: $19.95
Was:
These subjects have fascinated people for centuries, and the Bible has a surprising amount to say about each of them. Jimmy Akin has spent years studying the mysterious, and in this set he shares...

Now: $17.95
Was:
Everybody’s favorite Catholic outer-space delivery pilots return for their greatest adventure yet in Weapons of War!   Fresh from saving the solar system while being introduced to God...

The Bible Is a Catholic Book - Case of 20 Books

Now: $60.00
Was: $339.00
Many Protestants call themselves “Bible Christians”—in contrast with Catholics, who ignore the Bible because they have the Church instead. Too many Catholics have taken this...