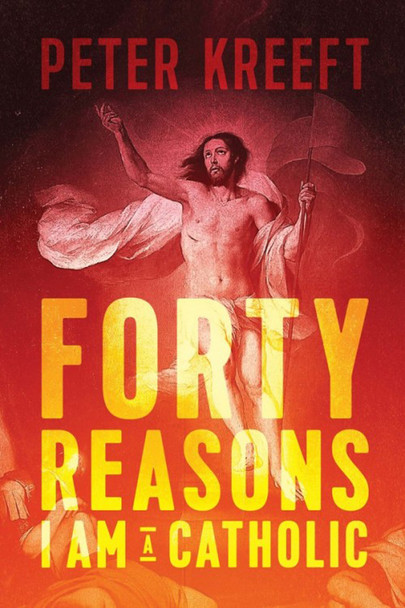 The title explains itself.

There are more than 40 reasons.

In fact, there are at least ten to the 82nd power, which, we are told, is the number of atoms in the universe. And that’s just in ordinary matter, which makes up only 4.9% of the universe, the rest being dark matter and dark energy.

Each of the reasons is an independent point, so we have not organized this book by a succession of chapters or headings.

Which takes me back to our main point: “Why are you a Catholic?” is a good question.

Forty Reasons I Am a Catholic is a good starting point.

Now: $16.95
Was:
Learn about the history of the Bible and the Church’s important role in preserving it. Are Catholics anti-Bible? Who compiled the biblical text? Who organized the text?

Now: $19.95
Was:
Tired of being stumped when false claims are made about the Catholic Church? Want to be armed with knowledge that puts these mistruths to rest? In these pages, veteran apologist Gerard Verschuuren...

Now: $14.95
Was:
Straight answers to tough questions about the Faith!In Answer Me This!, author and noted apologist Patrick Madrid has compiled the tough questions that Catholics face. They are the ones that he's...

Now: $16.95
Was:
Jesus—Buddha—Allah—Sex—God—Self—Stuff—Drugs—Tech—Prayer—Tunes—Catholic—Christian—Spiritual—None What difference...