From Top Model to Role Model 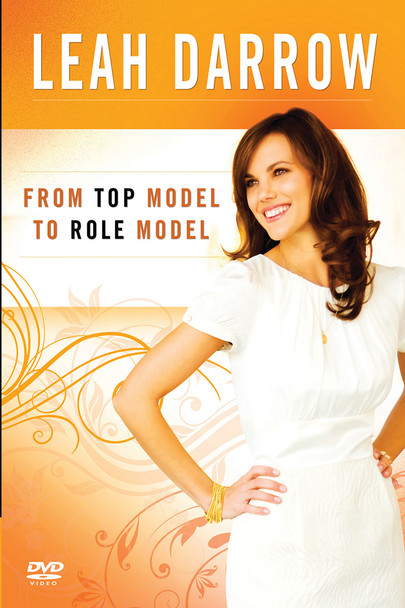 From Top Model to Role Model

The Real Beauty Is Truth

Chastity…Purity…Modesty — You would think these would be things that every young woman would aspire to. Yet as we know, in today’s world, young women often use the messages they receive from the media and their peers to determine how they are going to model their lives.

It is during times exactly like these that they need someone they can relate to, someone who’s “walked in their shoes” to show them there’s another way.

Fortunately for young women today, one young woman found her way through all the lies the media told her about what a woman should be - and took the great models of womanhood—the saints in heaven—to heart. And she’s here to share her story.

In her DVD, From Top Model to Role Model, fashion model and Catholic “revert” Leah Darrow offers her own story of sin and redemption as a case study in how damaging the current culture can be to women.

Launching her career as a cast member of the TV reality show America’s Next Top Model, Leah plunged headfirst into the modeling business. She can give you a behind the scenes look at the high-pressure world of high fashion in a way only someone who has “been there” can.

Today, recovering from that ordeal and having returned to the Catholic Church of her childhood, Leah speaks to young people, in particular young women, about the importance of maintaining their dignity and their relationship with God.

Using humor and heartfelt stories from her own life, Leah shares with young people the facts about:

From America’s Next Top Model to Catholic speaker, Leah Darrow’s journey in faith has been a battle at times. Even in the years prior to her reality-TV fame, her Catholic faith took a backseat role. That all changed during one special photo shoot in which God allowed her to see her soul in its current state. This extraordinary and supernatural grace gave her the courage to change every aspect of her life: her friends, her beliefs, her clothes, and her opinion of the world and herself.

$19.95
Now: $17.95
Was: $19.95
If God is all-good and all-powerful then why is there evil? This is perhaps the most vexing challenge that non-believers pose to Christians. Our world of violence, greed, and suffering seems...

$19.95
Now: $17.95
Was: $19.95
We will lose the fight for America if we don’t stop and answer one simple question—What went wrong?American society has changed dramatically—and for the worse. We’re already...

Defending Your Faith: How to Counter Standard Objections to Catholicism

$19.95
Now: $17.95
Was: $19.95
The most common charge non-Catholic Christians make against the Catholic Church is that the tenets of Catholicism are man-made and unbiblical. Those are serious charges, for sure. But can you refute...

$19.95
Now: $17.95
Was: $19.95
No matter how hard you try, talking with your friends and family about abortion too often winds up at one extreme or the other—either tempers and emotions get out of hand or to keep the peace...

Why Be Catholic? (DVD)

$19.95
Now: $17.95
Was: $19.95
Don't you wish everyone you knew was Catholic? In his groundbreaking DVD, Why Be Catholic?, Catholic Answers Director of Apologetics Tim Staples, offers an engaging and simple solution: "Catholicism...

$14.95
Now: $11.95
Was: $15.95
For Protestants considering the Catholic Church, the journey across the Tiber River to Rome can be long and perilous, filled with many obstacles and detours. For Catholics who want to help them make...

Now: $9.95
Was: $15.95
Do you want to be a better Catholic? Reform Yourself! The sixteenth-century Catholic Church was definitely in need of reform. Too many of its leaders were worldly and corrupt; too many of the...