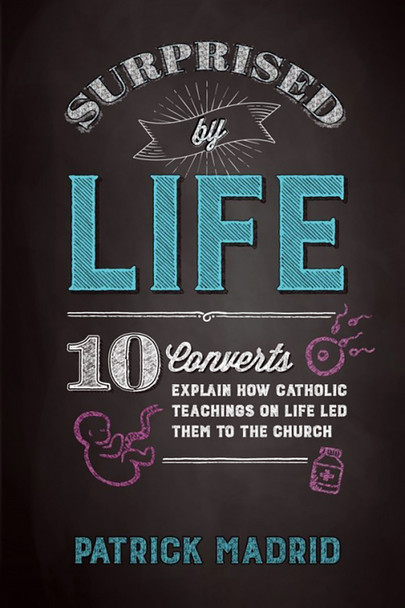 Here you’ll read the eye-opening, often heartrending life stories of ten people who struggled with some of the most difficult issues human beings face – and who, as they struggled – were drawn out of pain and darkness by the beauty of Catholic teachings about life, marriage, and human sexuality.

In these pages you’ll meet, among others:

Inseparable: Five Perspectives on Sex, Life, and Love in Defense of Humanae Vitae

Now: $12.95
Was: $16.95
As the Church and the world remembered the fiftieth anniversary of Humanae Vitae, Catholic Answers Press published an important new multi-contributor exposition of that prophetic encyclical -...

$19.95
Now: $10.00
Was: $19.95
Is the Church wrong on contraception? In a world that practically worships the pursuit of sexual pleasure, the Catholic Church’s teaching on contraception can seem unintelligible. Critics say...

Now: $15.95
Was:
The Pope, devotion to Mary, confession ... just where are these topics in the Bible? Why does the Catholic Church seem to focus on so many things that aren t Scriptural? Or so thought former...

Now: $18.95
Was:
Many of us fail to recognize that obtaining the seven gifts of the Holy Spirit is absolutely essential to getting to heaven. We often block their reception through our own faults. We fail to see how...

Now: $15.95
Was:
Deathbed Conversions contains the stories of famous people like John Wayne, Gary Cooper, Dutch Shultz, Patricia Neal, Oscar Wilde, and more -- we come to learn that a deathbed conversion is not a...

Now: $29.95
Was:
Being Catholic isn't easy.  Every Catholic will come face-to-face with anti-Catholic attacks that are launched against the Faith.  Don't you owe it to yourself to make sure you have the...