The Mysteries of Fatima 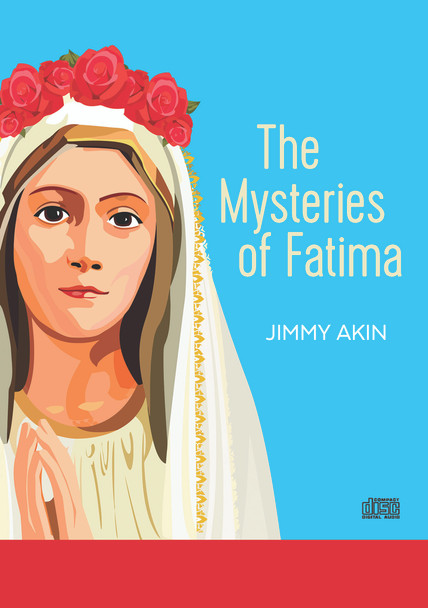 The Mysteries of Fatima

In May 1917, the Virgin Mary began appearing to three shepherd children in Fatima, Portugal, bringing them a message of repentance, warning, and hope.

She returned every month of that year through October, when tens of thousands witnessed the event known as the “miracle of the sun.”

She also gave the children a mysterious three-part secret that would not be revealed in its entirety until the year 2000.

The Mysteries of Fatima offers a fascinating look at this crucial Marian apparition.

In the first, Jimmy looks at the background of the Fatima apparitions, what happened, and how the first two parts of the secret came to light. He also looks at why the Church approved the apparitions—and how to deal with challenges.

In the other two presentations, he digs down into the famous “Third Secret” of Fatima and deals with the controversies surrounding it. In doing so, he draws on private interviews with Sr. Lucia that few people have heard and how she says the history of the world would have been very different if Our Lady’s message hadn’t been heeded!

$24.95
Now: $19.95
Was: $24.95
Catholic apologist Jimmy Akin sits down with Evangelical author Steve Gregg in a friendly but lively five-round debate over many of the issues that separate Protestants and Catholics. The subjects...

$19.95
Now: $15.95
Was: $19.95
These subjects have fascinated people for centuries, and the Bible has a surprising amount to say about each of them. Jimmy Akin has spent years studying the mysterious, and in this set he shares...

Now: $17.95
Was: $19.95
Few Christian groups straddle that fine line between sect and denomination as does the Seventh-day Adventist (SDA) Church. On the one hand, its more than 20 million members profess belief in many...

Now: $25.00
Was: $104.00
Five of Our Most Popular History Titles At a Special Price! The Apostasy That Wasn't: The Extraordinary Story of the Unbreakable Early Church Handed Down: The Catholic Faith of the Early...

Now: $13.95
Was: $15.95
The greatest teacher who ever lived, Jesus knew how to reach his audience where they were at. Whether preaching to a group in parable or holding an intimate conversation, he had an unequaled ability...

Now: $13.95
Was: $15.95
“The God of the Bible is a bloodthirsty dictator.” “Extraordinary claims require extraordinary evidence.” “Religion is the cause of war, suffering, and intolerance...

With One Accord: Affirming Catholic Teaching Using Protestant Principles

Purgatory Is For Real

$16.95
Now: $13.95
Was: $16.95
To some, the Catholic doctrine of purgatory is murky and mysterious—even scary. What is this shadowy state between earth and heaven supposed to be? Others wonder how it’s even possible...

Now: $14.95
Was: $16.95
The papacy is no stranger to controversy. In many ways it’s Catholicism’s defining doctrine—but also its most divisive. From medieval pontiffs who acted like princes to a modern...

$19.95
Now: $17.95
Was: $19.95
Death and judgment. Heaven and hell. They’re called the Last Things, but they should be the first things on our mind, for one way or another they represent the destiny of every human being. Yet...

Now: $25.00
Was: $79.75
Five of Our Most Popular Titles At a Special Price! Why We're Catholic Meeting the Protestant Challenge The Bible is a Catholic Book Made This Way Navigating the Tiber

$19.95
Now: $17.95
Was: $19.95
The book of Revelation is the most mysterious book of the New Testament—and it’s often used to attack the Catholic Church. Opponents of the Church claim that it is the “Whore of...