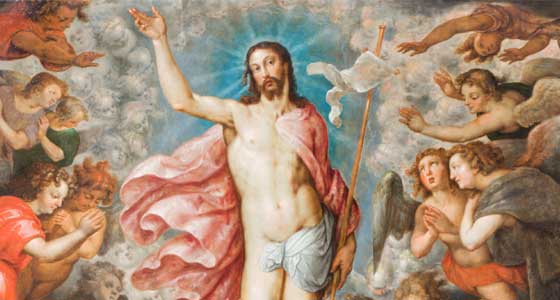 A common claim by atheists and agnostics is that there is no good evidence that Jesus actually rose from the dead.

How should you respond?

The Resurrection better explains the evidence than any alternative hypothesis.

According to the Christian message, Jesus was crucified, died, and was buried. He rose from the dead, his tomb was found empty, and he appeared to his disciples. Finally, he ascended into heaven in their presence.

The pivotal claims here are that he died, rose from the dead, and ascended. The latter is often overlooked, but it was a key part of the Christian message, both for its theological significance and—for our present purposes—because it explains why Jesus was no longer walking the streets of Jerusalem.

People saw Jesus die and ascend, but nobody saw him resurrect, since it happened while he was in the tomb. The evidence the apostles offered for the Resurrection is that the tomb was found empty and Jesus began appearing—alive—to the disciples.

Some have proposed that the disciples lied: They were crooks, stole Jesus’ body, and lied about the Resurrection appearances and the Ascension.

If they didn’t lie, how could we explain the empty tomb?

Some have proposed the disciples went to the wrong tomb, that someone other than the disciples stole the body, or that Jesus didn’t die—he just became unconscious on the cross.

That could also explain how he later appeared to the disciples.

Other proposals for how he could have appeared include that it wasn’t really Jesus who was crucified but an identical twin, that an impostor afterward appeared to the disciples, or that the they simply hallucinated. Some have even proposed that the disciples didn’t think the tomb was empty and that they believed Jesus had been “spiritually” resurrected.

All these hypotheses are fraught with problems. Most explain either the empty tomb or the Resurrection appearances, but not both. Most also ignore Jesus’ Ascension into heaven.

To fix the problems, it could be tempting to combine hypotheses (e.g., the disciples went to the wrong tomb, then hallucinated the Resurrection appearances), but combined hypotheses inherit problems from both originals.

Did you enjoy this short excerpt from A Daily Defense? Order Your Copy Today!