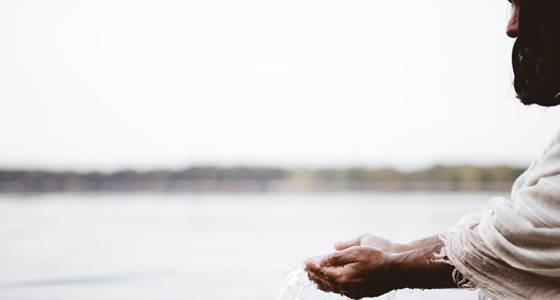 God is eternal: he is outside of time, he has no beginning and no end. As described in the very beginning of the Bible, he created the universe and everything in it by his word, by willing it all to be. But creation does not just exist as a neutral construct. Because it is conceived, created, and kept in existence by God, it is good in itself; the very existence of God’s creation glorifies him. This is seen in the cry of the Seraphim heard by the prophet Isaiah: “Holy, holy, holy, the Lord God of hosts, all the earth is full of his glory!” (Isa. 6:3). Similarly, the young men in the book of the prophet Daniel sang a litany of all creation glorifying God: “Bless the Lord, all you works of the Lord, praise and exalt him above all forever” (Dan. 3:57). St. Francis of Assisi’s well-known Canticle of the Sun is another prayer that praises God for the glory of his creation: “To You alone, Most High, do they belong, and no man is worthy to mention Your name. Be praised, my Lord, through all your creatures.” Clearly, God is glorified by the material world he created.

In the womb of the Blessed Virgin Mary, God the Son—the same Word of God through whom the world was created (John 1:3)—became part of his own creation: “And the Word became flesh and dwelt among us, full of grace and truth; we have beheld his glory, glory as of the only Son from the Father” (John 1:14). The universe changed at this point: God’s material creation no longer simply showed his glory; rather, God himself became part of that creation. God the Son endowed matter with the ability to give his grace, his life. Jesus’ flesh—his words and his touch—healed physical ailments and raised the dead. Greatest of all, when he suffered and died on the cross, his flesh became the source of salvation for mankind: “‘And I, when I am lifted up from the earth, will draw all men to myself.’ He said this to show by what death he was to die” (John 12:32-33).

“And Jesus came and said to them, ‘All authority in heaven and on earth has been given to me. Go therefore and make disciples of all nations, baptizing them in the name of the Father and of the Son and of the Holy Spirit’” (Matt. 28:18-19).

“And he took bread, and when he had given thanks he broke it and gave it to them, saying, ‘This is my body which is given for you. Do this in remembrance of me’” (Luke 22:19).

Sacraments are not magic tricks, but they do have power in themselves. They are said to have their effect ex opera operato, which may be translated by the work done. This means that when a sacrament is performed according to the ritual of the Church, its intended effect is not dependent on the person administering it; it is effective on its own. For example, when people go to confession, if they confess their sins honestly and sincerely ask forgiveness their sins are forgiven when the priest says the proper words from the Rite of Penance. The priest may be a great saint or a great sinner, but that does not affect the power of the sacrament. The sins are forgiven by the work done. All seven sacraments work in this way. - From 20 Answers: The Sacraments