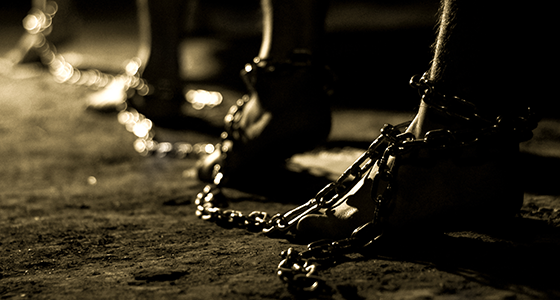 In August 1619, a slave ship captained by Manuel Mendes da Cunha carried 350 Africans toward Vera Cruz, New Spain. Before it arrived, Captain Cunha’s ship was attacked and robbed by an English corsair that then sold about twenty of those Africans in Virginia. It was the first recorded transaction of its kind in the colonies, and thus began slavery in what would become the United States of America.

When the first Africans were sold in the colonies, conscience and tradition gave at least some of the locals pause. Should we really be buying and selling other human beings? Isn’t that against the Faith? The Catholic Church certainly taught that it was. Although many Catholics were slave traders, and many American Catholics would end up owning slaves, the official teaching of the Church was unequivocal: trading and owning humans was a sin that put you in danger of eternal damnation.

These African men and women were bearers of the divine image, just like every other human, and as such, the only proper way to treat them was with love. To treat them as property was an affront to God, and the pronouncements coming from the Vatican made this clear as soon as it becomes an issue.

For example, in 1435, at the beginning of the age of exploration and colonization, Pope Eugene IV issued a papal bull,Sicut Dudum, excoriating “some Christians” for committing “illicit and evil deeds” against the native people of the Canary Islands, including subjecting them to “perpetual slavery” and selling them “to other persons.” Eugene demanded that all the enslaved natives of the Canary Islands be freed within fifteen days, or their captors would be excommunicated. Among the “Over fifty years before Columbus set sail, the Church had prohibited enslaving native peoples.

As the African slave trade developed, subsequent popes condemned slavery as well. In 1741, for example, Benedict XIV (r. 1740-1758) issuedImmensa Pastorum, which reiterated that the penalty for enslaving Indians was excommunication. Weidenkopf goes on to note that “papal denunciations of slavery were so harsh and so frequent that the colonial Spanish instituted a law forbidding the publication of papal documents in the colonies without prior royal approval.”

Some colonists tried to accomplish this by arguing that Africans were savage animals that were not fully human and therefore had no souls. That being the case, the colonists argued, Scripture’s clear demands for Christian charity didn’t apply to them. When Jesus said to “do to others what you would have them do to you” (Matt. 7:12), he wasn’t referring to Africans, these people reasoned, because Africans weren’t people. They didn’t rise to the status of “others.”

In using this approach, the Christian colonists were like the religious leader to whom Jesus told the parable of the Good Samaritan. In trying to free himself from the command to “love your neighbor as yourself,” the expert in the law asks Jesus, “Who is my neighbor?”—clearly insinuating that some, such as Samaritans, don’t fall into that category and therefore don’t need to be loved.

Did you enjoy this excerpt? There is so much more to learn!

Order your copy of Twisted Unto Destruction: How "Bible Alone" Theology Made the World a Worse Place, today!