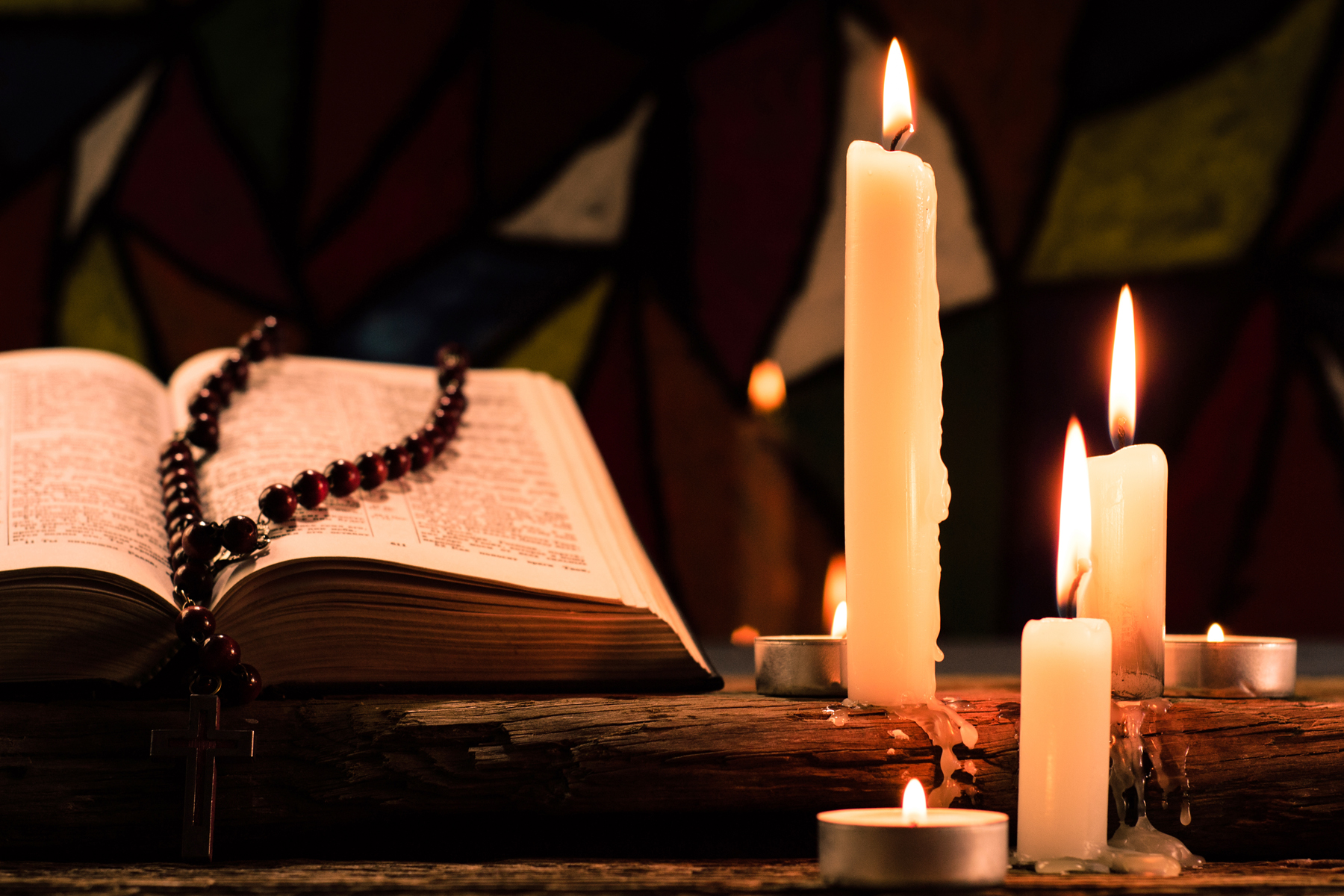 St. Thomas Aquinas once made an interesting observation: whereas nature equips other animals with all the tools they need for acquiring the goods that perfect them (like claws and sharp teeth for fighting, or a hard shell for protection), human beings need to use their minds to make tools. The same is true about understanding Scripture: we don’t naturally understand everything in Scripture. We need to use our minds to find tools to dig more deeply into the hidden truths and meanings of Scripture.

Let’s begin with a simple principle: there are no useless or unimportant words in Sacred Scripture. Every word in Scripture has a purpose and a meaning. Jesus once said that we would be judged for every idle word (Matt. 12:36).

Certainly, the word of God will not have idle words! Thomas goes so far as to say that every word of Scripture is a participation of the eternal Word of God: “For Christ is naturally the Word of God; moreover, every word inspired by God is a certain participated likeness of him.” Since this is true, we should notice every detail and seek to understand distinctly the meaning of every word as we read through the scriptures. The Spirit is in the details! With this in mind, here are some tools you can use to dig more deeply into God’s word.

Since every word of Scripture has a profound meaning, it is always helpful to try and understand each word more distinctly. Definition is a tool for doing just that. For example, what does it mean when Jesus says that some seed fell on “the path”? By defining the word “path” we can get a better idea. A path is a hardened surface formed on the ground where people often walk. Moreover, a path is not itself a destination, but is always a means to some other destination. This more distinct understanding allows us to understand the kind of persons Jesus is talking about when he says they are like a path. These are people whose hearts are hardened because others have used them as mere means.

Very often in the scriptures, you will notice what seem to be coincidences. But just as there are no mere coincidences in God’s providential care for us, since “all things work for good for those who love God (Rom. 8:28),” so also, there are no mere coincidences in Scripture. Take the example of Luke, chapter eight, verses 42-43: “[Jairus] had an only daughter, almost twelve years old, and she was dying. And it happened as he went, that he was thronged by the multitudes. And there was a certain woman having an issue of blood twelve years.” It seems to be a coincidence that the woman has had a hemorrhage for the entire lifetime of Jairus’s daughter. But in fact, this becomes a clue to a deeper understanding of the passage; namely, the analogy between the way we treat others and the way God treats us.

Parallels are abundant in all written works; many of them are generic and simply result from there being recurring patterns in human experience. But when multiple parallels are found in two passages, this points to something intended by the author to draw our attention. The same is true in Scripture. In my experience, whenever two passages of Scripture have three or more parallels, it points to an important hidden truth that needs to be investigated.

Take the example of the parallels between the life of the Blessed Virgin Mary and Zechariah, the father of John the Baptist. There is an annunciation to Zechariah followed by an annunciation to Mary (both by Gabriel). Both Zechariah and Mary ask a question. Both receive an answer that includes a sign about Elizabeth conceiving. Both go to Zechariah’s house to Elizabeth. Both end with a canticle of praise of God. Those are five parallels. So it is obvious that St. Luke wants us to compare Mary and Zechariah. There are obvious similarities, but also significant differences.

Zechariah’s question is one of doubt, Mary’s question, although superficially like Zechariah’s is actually a question prompted by faith. She asks not whether the angel’s word will be accomplished, but how. Zechariah’s sign is a punishment to help bring about faith, Mary’s sign is a reward for faith. This leads us to the event of the Visitation.
St. Luke tells us that Zechariah “went to his home” and “after these days his wife Elizabeth conceived, and for five months she hid herself” (Luke 1:23-24, RSV). When Zechariah comes to Elizabeth, he conceives John in a carnal way, by carnal means. But when Mary comes to Elizabeth, what happens? At Mary’s word, Elizabeth is “filled with the Holy Spirit” and the infant John “leaped for joy.” This seems to be the fulfillment of the word of the angel concerning John: “he will be filled with the Holy Spirit, even from his mother’s womb” (Luke 1:15, RSV). The analogy between Zechariah and Mary is striking: when Mary speaks, Elizabeth and John are filled with the Holy Spirit, with a divine life. Just as

Sometimes Scripture records strange or unique facts—that is, facts that seem out of place or occur only once. Often these are openings to some deeper insight. John, chapter nine, records one such strange fact: “Never since the world began has it been heard that anyone opened the eyes of a man born blind (John 9:32, RSV).” Why is that? Certainly greater miracles than healing a man born blind had been done (for example, Elisha the prophet raised someone from the dead). Yet, there is a special spiritual significance of blindness from birth: it signifies a kind of sin from birth. And this opens up the meaning of the passage in which Jesus heals the man born blind.

An example of a singular or unique event in Scripture is the passage about Jesus and the woman with a hemorrhage in Luke, chapter eight. There Jesus calls her his daughter. This is the only time in Scripture when Jesus calls someone his daughter. We are meant to ponder this unique fact. Among other things, it points to the analogy between Jesus and Jairus: both of them have a daughter who is in need of healing. This sheds light on the entire encounter between Jesus and Jairus.

Did you enjoy this excerpt? Pre-Order your copy of Secrets From Heaven today!