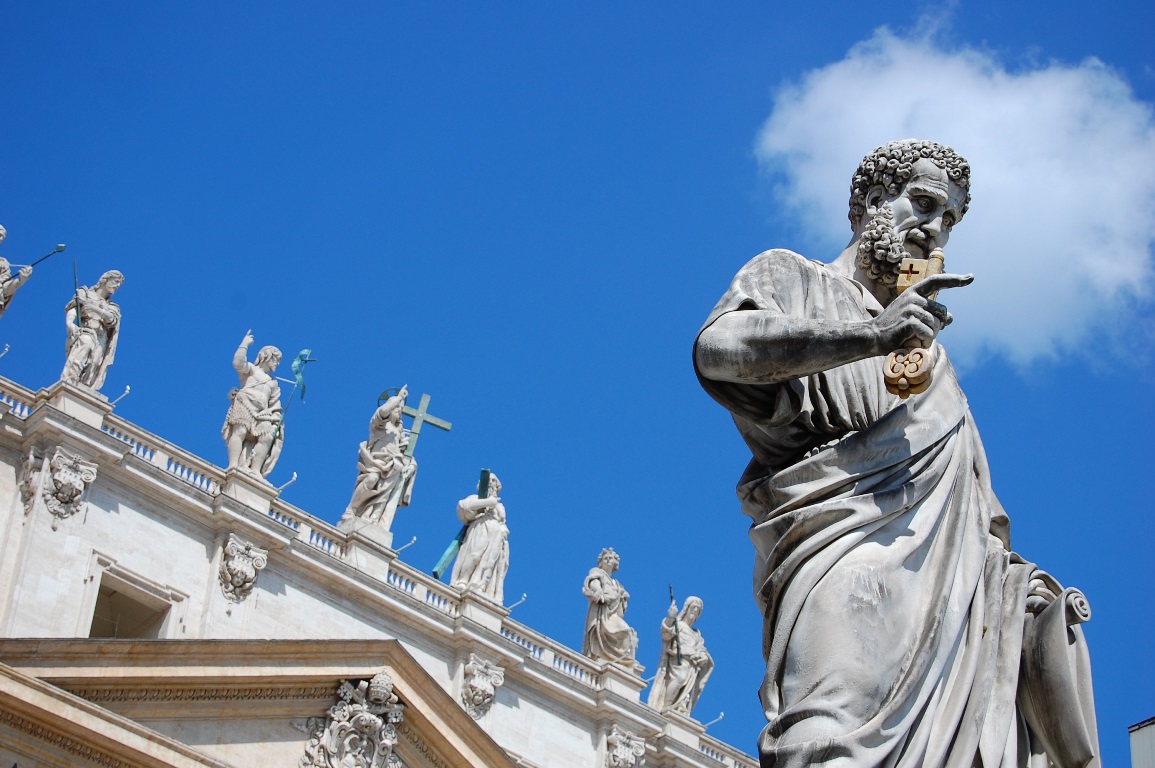 If you want to know whether or not you should be a Catholic, there’s only one issue you need to solve: is the papacy true or not? To be sure, the papacy isn’t the most important doctrine: the existence of God, the divinity of Christ, the Eucharist, and countless other teachings are of greater importance. But it’s the most distinctive. Think about it this way: the existence (or non-existence) of a truck bed is the distinctive feature in determining if you’re looking at a truck or a car, even though the truck’s bed is a great deal less vital to the truck than is, say, the engine.

The other way of approaching the question is by asking, “What was the role of Peter among the Twelve, and what are the implications of this for subsequent generations?” Not everything that was established with the apostles was intended to continue into future generations, but some things were. So this line of inquiry is asking what kind of Church Christ wants. After all, it’s his Church. If Christ wanted the Church to look like a democracy, we would reasonably expect him to establish it as such. So what can we learn from Christ’s words and actions related to the Church?

There’s a common way that we regularly do theology wrong. Let’s say you want to know what to believe about infant baptism or the nature of the Eucharist. What do you do? If you’re like most of us, you start investigating. You see what you can find from the Bible, do a bit of Google searching, and maybe pick up the writings of some trusted biblical exegetes or commentators or theologians. If it’s really weighing on you, perhaps you sit down with your priest or pastor or a knowledgeable friend. After weighing up the evidence, you’re then ready to decide your position on the doctrine at hand. If the doctrine is of great enough significance to you, your newfound position might motivate a change of denominations.

This attitude accounts for a large part of the denominational movement within Christianity, distinct from the problem of Christians leaving Christianity entirely. A 2014 Pew study found that most people raised as Protestants no longer identify with the denomination in which they were raised. Among those raised as Reformed Protestants, for instance, 34 percent remained Reformed, while 42 percent “now identify with a different Protestant denominational family.” Some of this is simply the process of coming into an adult faith (as opposed to blindly believing what your parents taught), but it also points to what Christianity Today calls the “tremendous amount of turbulence inside Protestantism.” A recent study following thousands of Protestants from 2010 to 2014 found that 16 percent of them changed denominational families in just that four-year stretch.

But the problem here isn’t simply Christian disunity or denominational instability. It’s that these theological inquiries presuppose a particular theological framework: that it’s the duty of every Christian to solve every theological issue to his own satisfaction, and then to find a church or denomination in which to make a home (at least for now). What’s missing from this? The role of the Church as teacher and, particularly, as an authoritative teacher we can trust, and whose answers are more reliable than the answers I would come to on my own.

What’s striking here is how unbiblical this all is. Where does Scripture suggest that we should conduct theology in this way? In contrast, Hebrews calls us to “obey your leaders and submit to them; for they are keeping watch over your souls, as men who will have to give account” (Heb. 13:17), and the leaders being referred to are “those who spoke to you the word of God” (7). God’s promise to us is that “I will give you shepherds after my own heart, who will feed you with knowledge and understanding” (Jer. 3:15), not that each of us will be left to be his own shepherd.

Think of it like a courtroom. Before a judge can decide a particular matter, he must know two things. First, does he have the proper jurisdiction over the matter at hand? Jurisdiction “is the power to hear and determine the subject matter in controversy between parties to a suit, to adjudicate or exercise any judicial power over them.” Should another court be hearing the issue? Has a higher court already settled the question? And second, what’s the governing law? These aren’t just important questions; they’re the ones that have to be settled first, because without answering them properly, you can’t move forward properly. A judge who rushed past these questions to get into the “meat” of the case would be failing to do his job. He would risk usurping another court’s authority, and there would be little reason to trust his decision if he made it using the wrong legal basis.

When a theological dispute comes before the courtroom of our mind, we would do well to ask the same questions. Is the theological question at hand something each individual Christian is called to sort out for himself, or is there a higher authority that can settle these questions? And if it does fall to us, what is the “governing law” by which we determine the right answer? Are we to adjudicate using Scripture alone, or is there anything binding in Tradition or prior teachings of the visible Church? And yet, we typically don’t do this—we simply assume that it’s up for us to decide, using the Bible alone or whatever happens to be our preferred theological method.

If you want to find out more, Pre-order your copy of Pope Peter today!