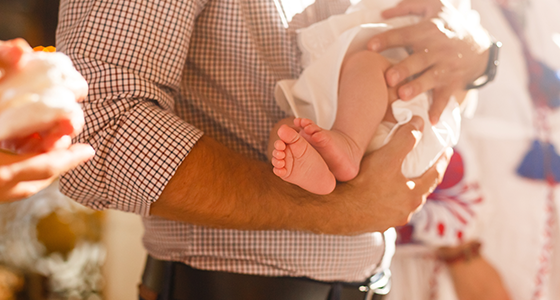 The vast majority of Christians believe that baptism is a means of salvation—Catholics, Eastern Orthodox, Oriental Orthodox, Lutherans, Anglicans, Methodists, and even some Calvinists. Only Baptists and those springing from the radical side of the Reformation reject this.

On the part of Catholics, the Catechism of the Catholic Church teaches that baptism is “necessary for salvation” because “God has bound salvation to the sacrament” and that the Church “does not know of any means other than baptism that assures entry into eternal beatitude”.

But how do you answer a Protestant comeback to the Catholic position on baptism?

A Protestant will claim:

“The order of salvation in the New Testament is repentance, faith, and then baptism. Salvation comes first, then baptism.”

“The New Testament order for salvation,” argue Protestant apologists “is repentance, faith, and then water baptism. The rite of baptism does not precede the forgiveness of sins.”

To make this argument, they appeal to the common practice found in the New Testament. They cite several New Testament passages for support, including Acts 2:41, 8:12-13 and 36-38, and 9:18. For a Protestant, these passages show that salvation is granted in response to faith. Therefore, they reason, as soon as a person has faith, he’s saved. He doesn’t need to wait for baptism.

In all these passages, the faith that precedes baptism can be explained by what theologians call imperfect faith. The assumption here is that the faith exercised before baptism in the passages cited is perfect faith, a faith animated by charity (Gal. 5:6) and that which justifies (Col. 3:4). But that’s not necessarily true. There is such a thing as imperfect faith that God gives in order to lead a person to and prepare him for the faith that justifies, which is given in baptism.

As St. Thomas Aquinas explains, faith, insofar as we distinguish it from hope and charity (1 Cor. 13:13), is an act of the intellect assenting to God’s revelation by command of the will (Summa Theologiae II-II:2:1). There is nothing in this understanding of faith that tells us whether charity informs it or not. There is nothing that tells us whether it’s a faith that justifies or not, since charity is necessary for faith to justify.

God, nevertheless, gives this gift of faith to heal the person from unbelief. Belief in God’s revelation, like repentance, is a necessary starting point for conversion (Mark 1:15).

Since there is a type of faith that exists without charity, you can’t automatically conclude that the people who believed in the passages cited above were saved before baptism. Their belief that preceded their baptism could have been, and most likely was, that gift of faith not informed by charity, but which is necessary to cease in unbelief and then believe.

Such faith would become perfect, or saving faith, upon receiving the virtue of charity that God grants in baptism. Therefore, the order found in the New Testament of repentance, belief, and baptism doesn’t undermine the Catholic argument for the salvific value of baptism from Acts 2:38.

Did you enjoy this excerpt from Meeting the Protestant Response ? Order your copy today!