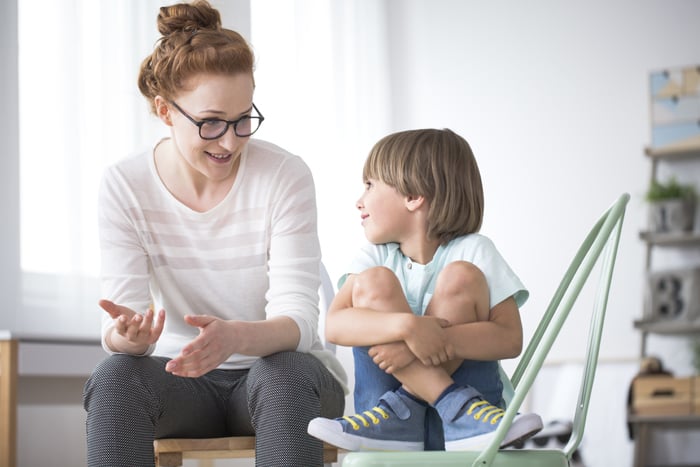 The battle over abortion is front and center as more states move to ban the procedure.

Two weeks ago, Georgia joined three other states, banning abortions at the first sign of a heartbeat.

And now, Missouri is expected to pass a bill that bans abortion at 8 weeks.

With all the talk about abortion in the news, our children are bound to have questions.

We want you to have answers - Enjoy the following excerpt from Made This Way: How to Prepare Kids to Face Today's Tough Moral Issues

After her children had gone to sleep one night, pro-life author Jean Garton was finishing a presentation on abortion that included a picture of a baby aborted at 10 weeks. She narrates what happened next:

Suddenly I heard, rather than saw, another person near me. At the sound of a sharp intake of breath, I turned to find that my youngest son, then a sleepy, rumpled three-year-old, had unexpectedly and silently entered the room. His small voice was filled with great sadness as he asked, “Who broke the baby?”

Explaining abortion to a young child is an awful, horrifying thing to do. In our home, this explanation is necessary because of our involvement with crisis pregnancy centers and diocesan pro-life activities. Our kids start to hear the word “abortion” at a fairly young age, and so at a certain point I must tell them, gently, the meaning of the word.

It’s dreadfully surreal when a mother first exposes the concept of abortion to her child. I usually take a deep breath and say, “Sometimes mommies or daddies don’t want their babies, and they pay a doctor to take the baby out too soon.” Obviously, this is simplistic and not the full range of scenarios, but it leads to the next question: “But what happens to the baby?” Your honest answer: “It’s very sad Honey, but the baby dies.”

So far, each of my children has had the same reaction: disbelief, confusion, denial, and alarm. “How could anyone do that?” they ask, recoiling. “Who forces a mommy to do that?” “Why would a doctor do that to a little baby?”

Children are naturally pro-life, and they really get the horror of it.

You don't have to paint a picture or get graphic. The idea of someone deliberately killing a baby in his mother's womb is so foreign to small children as to be absurd, nonsensical, insane. Their little minds sense the disorder and evil immediately, and they reject it.

After our little ones experience that initial shock, we must be sure to remind them about God’s mercy and about our duty love both the babies and their mothers. You might say something like this:

“I know! It’s so sad that someone would do this. Some mommies think they can’t take care of the baby and others don’t even think it is a baby, because people have lied to them about that. But lots of mommies feel terrible later, because deep down they know that what they did was wrong. But guess what? God loves us and he always wants to help us, even if we do something really bad. So let’s pray for the mommies, daddies, and doctors who do this, because God and those little babies want to see all of them in Heaven one day.”

A Light in the Darkness

When I explain abortion to my children, it feels like I'm taking their innocence away from them. After all, once a child understands that our nation not only allows but celebrates the murder of children nestled in their mothers’ wombs, just as they or their siblings had been nestled so recently, how could they not be affected to their core? But it’s important to balance the darkness of abortion with the light of God’s truth.

Here are three concepts that refute the pro-abortion mindset (and many other evils) that you can and should instill in even your smallest children:

The Beauty of Human Life: This is the easiest (and most fun) way to teach your children to be pro-life. There are lots of great videos on the Internet that show human development in the womb through 3-dimensional ultrasounds, computer graphics, and even high definition videos shot from inside the uterus with a tiny camera. Another fun thing is to borrow a fetal model display from a pro-life organization and let your children hold, and love on, these tiny model babies. And here is a “guessing game” that will delight your children and stick with them forever: Pull out the children’s Bible and have them tell you how many people were at the Visitation (Luke 1:39-44). They may guess two, but then they will see that there were four! Mary, Elizabeth, Jesus, and John!

The Equal Dignity of Human Beings: I remember reading a pro-life author who described what happened when his seven-year-old saw a double amputee. She whispered to her father that the man had no legs, but then she said to him, drawing on the lessons he taught her, “But he is still just as valuable as everyone else!” Teach your children early that our dignity and value as human beings is the same no matter how smart, strong, or old we are—or aren’t. And of course, as they say in that children’s classic, Horton Hears a Who: “A person’s a person, no matter how small.”

Good Ends Don’t Justify Evil Means: The most basic principle of the natural law and Christian morality is, “Do good, avoid evil.” Unfortunately, some people think that it’s okay to do “what is necessary” to achieve a good end, even if the means of getting there is evil (e.g., a college student maintains the good of education through the evil means of aborting her unintended pregnancy).

Always remind your children that, if they have a problem, they must never do something wrong—even a little wrong—in order to solve it. When they are small, this might take the form of letting someone else play with a toy instead of using their fists to get it back. As they get bigger, they will grow in virtue and learn a lesson many adults don’t understand: It is always better to suffer evil and be hurt than to inflict evil and be the one who hurts others. One of my favorite quotes is from St. Thomas Aquinas: “Pain or sorrow for that which is truly evil cannot be the greatest evil: for there is something worse, namely, either not to reckon as evil that which is really evil, or not to reject it.”

Finally, explain to your children that many people have changed their hearts on the issue of abortion, including women and men who have procured them, and including abortionists themselves! Some of them even fight against abortion similar to the way that St. Paul, who used to murder Christians, went on to become one of the greatest Christians of all time! Let them know that even though the world can be an unfair and even scary place, God is bigger than the world because he created it. God’s Son Jesus said, “In the world you will have trouble; but don’t be afraid, I have overcome the world!” (cf. John 16:33).