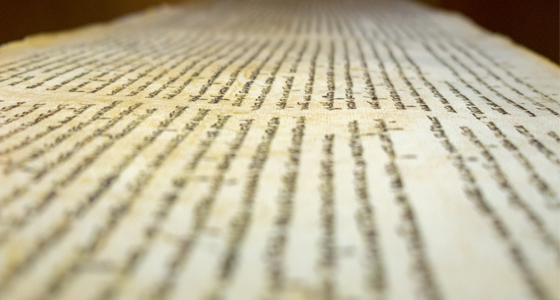 The book of Jude contains some of the most mysterious and intriguing passages in the New Testament.

One occurs when Jude warns against a group of Christians who have given themselves over to immorality. After several metaphors illustrating their spiritual state and future judgment, he writes:

It was of these also that Enoch in the seventh generation from Adam prophesied, saying, “Behold, the Lord came with myriads of his holy ones, to execute judgment on all, and to convict all the ungodly of all their deeds of ungodliness which they have committed in such an ungodly way, and of all the harsh things which ungodly sinners have spoken against him” (14-15).

Who is Jude quoting, and when did he make this prophecy?

“The seventh generation from Adam”

Genesis says several things about this Enoch: his father was Jared, and he was sixty-five years old when he became the father of Methuselah. Afterward, he lived another 300 years, so “all the days of Enoch were three hundred and sixty-five years” (5:23).

That’s remarkably short. The other patriarchs in Genesis 5 lived much longer, and Enoch’s son Methuselah is proverbial as the longest-lived man in the Bible, dying at the age of 969.

Are these ages literal? The Church acknowledges that early Genesis contains figurative elements (Pius XII, Humani Generis 38; CCC 337, 390), and these ages may be among them.

The fact Enoch lived 365 years means he lived one year for every day of the solar calendar. Scholars have noted there are numerical patterns in the ages of the other patriarchs that may be connected to astronomical phenomena, so these ages may be figurative, showing the patriarchs’ greatness by linking them to the cosmos.

But why did Enoch have a comparatively short life? Was he a sinner? On the contrary: “Enoch walked with God; and he was not, for God took him” (5:24).

Similarly, the author of Hebrews says, “By faith Enoch was taken up so that he should not see death; and he was not found, because God had taken him. Now before he was taken he was attested as having pleased God” (Heb. 11:5).
Enoch thus is one of the few taken bodily into heaven. This was bound to generate curiosity, and several later apocryphal books were written about him.

The Book of Enoch

The work Jude quotes is known as the Book of Enoch (also as 1 Enoch, to distinguish it from two later Enochian books). It is said to be among the “pseudepigrapha,” meaning books attributed to someone other than the person who wrote them. Scholars do not regard Enoch as its author.

It also is classified as an “apocalypse”—a work that provides (1) symbolic prophecies of the future, (2) a tour of the invisible world, or (3) both of these. In the book, Enoch receives both.

Enoch was popular before the time of Christ and for several centuries afterward. Its original language was likely Aramaic (though Hebrew, or a mixture of the two, is possible). It was translated into Greek, Latin, and the Ethiopian language Ge’ez.

Despite its popularity, it became a lost work in Europe. Western scholars knew about it only from Jude and scattered references from the Church Fathers.

In 1773, Scottish traveler James Bruce brought it back from Ethiopia, where the Ge’ez translation survived because the Ethiopian Orthodox Church alone among Christian churches considered it Scripture.
Beginning in the 1800s, it began to impact biblical studies because it shed light on multiple Old and New Testament passages.

For a time, scholars thought Enoch was written in the second century B.C., just before and after the Maccabean revolt. But in the twentieth century, Aramaic fragments were found among the Dead Sea Scrolls. This pushed back the date of composition, and today it is recognized that much of the book was written in the third century B.C. or earlier.

Scholarly interest in Enoch has grown remarkably, and despite its noncanonical status it has been included in several Bible commentaries. The one-volume Eerdmans Commentary on the Bible includes it, and the multi-volume Hermeneia series has a two-volume commentary on the book.

Interest hasn’t been confined to scholarly circles. There is now a lively popular discussion of it in books for ordinary laypeople and on the internet.