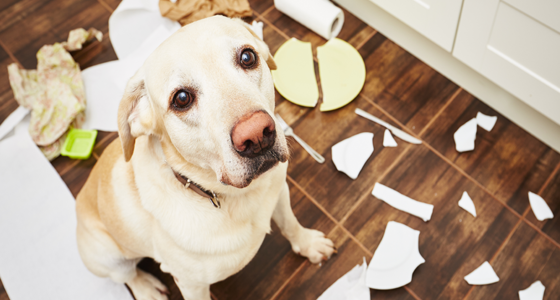 The word venial comes from the Latin word venia, which means “pardon” or “forgiveness.” According to the Catechism of the Catholic Church, a venial sin is a sin that “allows charity to subsist, even though it offends and wounds it” (1855).

The rationale behind this teaching is that charity orders us to God as our life’s goal, or final end. That order can be either completely destroyed or merely disturbed by sin.

This order is completely destroyed when we sin in such a way as to turn away from God as our life’s goal and give such status to a created good (CCC 1855). Such a sin must be gravely sinful in and of itself, and the individual must have full knowledge that the act is sinful and contrary to God’s law and deliberately consent to the action. The Catholic Church calls this kind of sin mortal sin (CCC 1857-1860).

But the order is merely disturbed when we turn to some creaturely good outside the boundaries of reason without turning away from God (the opposite of a mortal sin—CCC 1855). For example, it could be that the act in and of itself is not serious enough to entail a rejection of God, like when we eat a third piece of chocolate cake when we should have stopped after the second (CCC 1862). Or perhaps someone does something that’s gravely sinful in and of itself, like engaging in the conjugal act while actively thwarting the achievement of procreation (contraception), but is invincibly ignorant of the action’s sinful character or is unable to give deliberate consent to the sinful act (CCC 1862; cf. 1793).

In neither case, whether the behavior be grave matter or not, does the individual committing the sin make the created good pursued his final end or life’s ultimate goal (that good in which he thinks he will find ultimate happiness). In other words, if given the choice of God or the created good, those who fit this description wouldn’t choose the created good over God. Consequently, in such cases, the order or directedness that the soul has to God as its life’s ultimate goal would not be destroyed. The Catholic Church calls this kind of sin venial sin (CCC 1862-1863).

Why don’t venial sins just get remitted at death?

Consider that venial sin is an obstacle on the path to God. The removal of an obstacle requires a movement on the part of the mover against the obstacle. If we’re driving and we come upon a big tree branch sitting in the middle of the road, it’s going to require us to get out of the car and exert effort against the immobile tree branch and move it. If the branch is too big for us to move, then something with greater power, like a bulldozer, is going to have to do the job.
Just as the tree branch requires a contrary movement in order for it to be removed, such as our pulling it off the road or a bulldozer pushing it, so too the guilt of sin requires a strong movement of the will against it in order for it to be removed. That strong movement is charity, expressed as an act of contrition (sorrow for and detestation of the sin).
Now let’s suppose someone dies in his sleep. Let’s further suppose that he died in a state of grace (i.e., saved) yet still was guilty of venial sin when he went to sleep. Since he wasn’t able to make an act of contrition, such guilt would not be remitted. An act of contrition in purgatory would be required.

What does the Catechism mean in paragraph 1472 when it speaks of sin entailing “unhealthy attachments to creatures”?

Regardless of whether it’s mortal or venial, all sin involves turning to a created good outside the order that God wills for us For example, an alcoholic beverage is a created good. The drunkard, in drinking to excess, takes this created good and uses it to violate reason, thus contravening God’s ordered plan for human behavior, which must always be in accord with reason.

Such an inclination, which is interior, can draw the soul back into sin, the exterior behavior itself. Most recovering alcoholics can testify to this, since even though they choose to repent of their sin of drunkenness, there still exists an attraction to alcohol that they must fight.

Want to know more? Order your copy of Purgatory is for Real today!