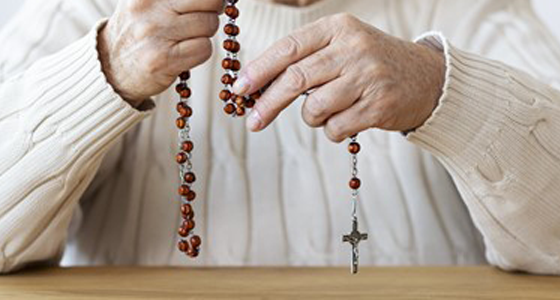 The 1983 Code of Canon Law (CIC) defines sacramentals as “sacred signs by which effects, especially spiritual effects, are signified in some imitation of the sacraments and are obtained through the intercession of the Church” (1166). The Second Vatican Council’s Constitution on the Sacred Liturgy, Sacrosanctum Concilium (SC), further describes sacramentals by their ability to “signify effects, particularly of a spiritual nature, which are obtained through the intercession of the Church. By them men are disposed to receive the chief effect of the sacraments, and various occasions in life are rendered holy” (60). Ordinarily, the person in charge of saying, making, or administering sacramentals is a cleric whom the Church has provided with the requisite power to do so (CIC 1168), and “the Apostolic See alone can establish new sacramentals, authentically interpret those already received, or abolish or change any of them” (1167, §1).

If this definition seems broad, that’s because the world of sacramentals is equally broad. “There is hardly any proper use of material things which cannot . . . be directed toward the sanctification of men and the praise of God” (SC 61). Sacramentals come in diverse shapes and sizes, materials and substances, gestures and acts of piety, which is why the Church correctly describes them as “signs.” A few familiar examples of sacramentals are crucifixes, rosaries, candles, scapulars, holy water, anointing oils, and the sign of the cross.

There are some distinctions to help Catholics better understand the many types, forms, and purposes of sacramentals. The simplest method can be to divide them into things and acts: sacramentals we can hold in our hands and use and sacramentals we perform.

Theologians have further separated sacramentals into six groups based on purpose: orans for public prayer, liturgical or private, such as chanting; tinctus, the application of holy water or oils (unctions); edens, blessing of foods; confessus, the general avowal of faults recited at Mass, Communion, and the Divine Office; dans, better known as alms; and benedicens, papal and episcopal blessings of items such as candles, salt, ashes, and palms.i

The Catechism of the Catholic Church (CCC) has identified three distinctions among sacramentals: blessings, exorcisms, and forms of piety and devotions.

The Church prioritizes the sacramental of blessings, which includes people, food and meals, objects, and places. The act of blessing coincides with the Lord’s power to “make all things new” and for his purposes. Therefore, when a priest or deacon gives a blessing, he is renewing whatever he blesses as a consecration to God. When a bishop dedicates a new church, or a priest blesses a new chalice for use in the Mass, he is consecrating—reserving—the object for a liturgical use. Similarly, when a blessing is invoked over a meal, the special intention of praise and thanksgiving to God for the nutrition is reflective of the eucharistic meal and the heavenly banquet.

Some might be surprised to hear that exorcisms are also sacramentals. They are functionally and effectively different from blessings. In an exorcism, the Church asks publicly and authoritatively in the name of Jesus Christ that a person or object be protected against the power of the evil one and withdrawn from his dominion (CCC 1673). To put it plainly, exorcisms are directed at expelling demons and liberating persons, objects, and places from demonic possession through the power Christ invested in the Church (Mark 6:7). A simple exorcism is given with baptism (three exorcisms occur in a baptism in the Extraordinary Form), and a major exorcism may be administered by a trained priest, in strict compliance with the Church’s rules, with a bishop’s approval.

Forms of piety and devotion are tremendously important to the life of a Catholic—not because they replace the liturgy, but because they extend it. These are sacramentals that belong to religious and the laity, such as the full brown scapular of a Carmelite nun or the small brown scapular worn by pious lay Catholics. In this category, we also find the vast majority of recognizable devotions and items belonging to these such as the stations of the cross, the crucifix, and the rosary. Forms of devotion also include genuflections (as one performs prior to entering a pew) and bowing at the head or waist. Answer 6 will cover the most common forms of devotion in further detail.

Did you enjoy this excerpt? Order your copies of 20 Answers: Relics and Sacramentals today!