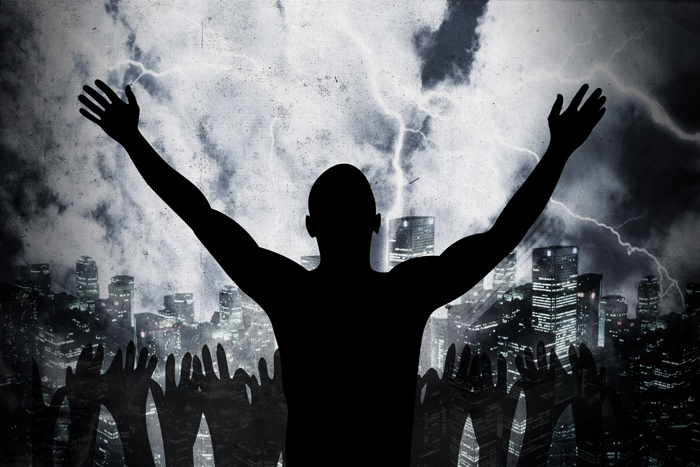 One of the most mysterious figures haunting the Christian imagination is the Antichrist. Innumerable works, both fiction and non-fiction, have been devoted to him. The concept is so compelling that even non-Christians use it. Muslims believe that at the Second Coming of Christ he will do battle with the Antichrist (Arabic, al-Dajjal).

But amid all the speculation about the Antichrist—much of it wild and fanciful—what do we really know about the figure?

The Antichrist is mentioned by name in only four verses of Scripture: 1 John 2:18, 22, 4:3, and 2 John 7. There are other verses that many people link to the Antichrist, but since he isn’t named in them, the connection is not certain. The four Johanine verses must serve as the core of our knowledge before trying to link other verses to them.

In 1 John 2:18–19, we read, “Children, it is the last hour; and as you have heard that antichrist is coming, so now many antichrists have come; therefore we know that it is the last hour. They went out from us, but they were not of us; for if they had been of us, they would have continued with us; but they went out, that it might be plain that they all are not of us.”

This is consistent with the apostate nature of the many Antichrists, for they have “deny[ied] that Jesus is the Christ” and, in denying the Son, they have implicitly denied the Father. Presumably the same would be true of the individual Antichrist.

1 John 4:1–6 gives practical tests for discerning which spirits bearing revelation are from God and which are not. In John 4:3, we read that “every spirit which does not confess Jesus is not of God. This is the spirit of Antichrist, of which you heard that it was coming, and now it is in the world already.”

This shows that the Antichrist movement is inspired by spirits bearing false revelation and that refuse to confess Jesus. This movement had begun in John’s day but would grow afterward.

Finally, in 2 John 7, we read, “For many deceivers have gone out into the world, men who will not acknowledge the coming of Jesus Christ in the flesh; such a one is the deceiver and the antichrist.”

This clarifies the specific deception being perpetrated by the spirit of Antichrist and its human collaborator, suggesting that it involves a denial of the coming of Jesus in the flesh. This could be construed in one of several ways: (1) that Jesus was a mere man and not God Incarnate (as in the early heresy known as Ebionism), (2) that the humanity of Jesus was only an illusion (as in the early heresy known as Docetism), or (3) that Jesus was not the Messiah (as in non-Christian Judaism).

The four passages given above are all that the New Testament has to say about the Antichrist—at least under that name. But many have identified the Antichrist with the beast from the sea in Revelation 13 or with the “man of lawlessness” that Paul mentions in 2 Thessalonians 2:3.

These identifications are reasonable, but must be understood with some nuance. The beast from the sea that John speaks of in Revelation is best understood in its initial, literal fulfillment as one of the early Roman emperors (cf. Catechism of the Catholic Church 2113 on the past fulfillment of this prophecy). Yet, there are often multiple fulfillments of a single prophecy, and the beast may also point forward to an individual at the end of time who will be very much like the early Roman emperors.

Such an individual is easy to identify with Paul’s “man of lawlessness,” for he appears to be a still-future individual who does things like the Roman emperors. Paul states that he will one day manifest himself in the temple of God—which to a first-century Jew would mean the Jewish temple in Jerusalem—and demand to be worshiped as a god.

This is related to things the Roman emperors did, such as when Caligula—after he began claiming to be a god—attempted to have an image of himself put in the Jerusalem temple. This plan was narrowly averted.

This is a point of difference between the Antichrist and the original, literal fulfillment of the beast (the early Roman emperors were not apostate Christians). But it is not a hindrance to identifying the future, individual Antichrist with the future man of lawlessness or a future fulfillment of the beast from the sea, since future emperor-like individuals may have a personal, familial, or national Christian background.

Want to know more? Subjects like this have fascinated people for centuries, and the Bible has a surprising amount to say about each of them.

Jimmy Akin has spent years studying the mysterious, and in his new CD set he shares the results of his studies with you.

He and Catholic Answers Live host Cy Kellett look at three enigmas that everyone wonders about, discussing questions such as:

With his extensive knowledge of Scripture, Tradition, and the teaching of the Church, Jimmy tackles these mysterious topics with precision and clarity.

Listen to Ghosts, Antichrists, Lost Tribes: Catholic Mysteries Exploredand find out what the Church teaches about these mysteries.