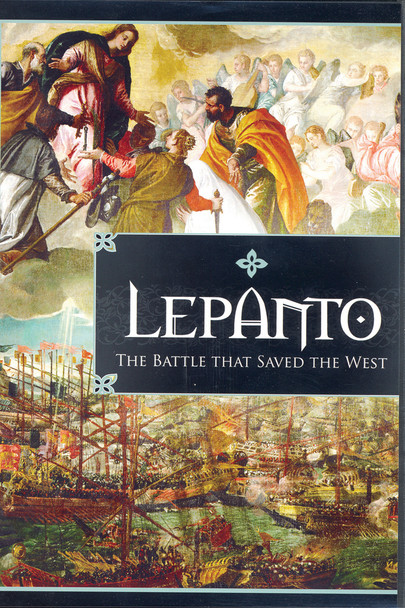 Find out about a crucial moment in Catholic history!

On October 7, 1571, the most important sea battle in history was fought near the mouth of what is today called the Gulf of Patras, then the Gulf of Lepanto. On one side were the war galleys of the Holy League and on the other, those of the Ottoman Turks, rowed by tens of thousands of Christian galley slaves.

Although the battle decided the future of Europe, few Europeans, and even fewer European Americans, know the story, much less how close Western Europe came to suffering an Islamic conquest.

Three Hundred and Forty years later, On October 7, 1911, English poet and theologian G.K. Chesterton honored the battle with what is perhaps the greatest ballad of the 20th century. He wrote this extraordinary poem while the postman impatiently waited for the copy. It was instantly popular and remained so for years. The ballad is no less inspiring today and is more timely than ever, as the West faces the growing threat of Islam.

In the audio presentation Lepanto: The Battle That Saved The West, Christopher Check tells the exhilarating story of Lepanto, first in his own words and then through the poem of G.K. Chesterton.

Now: $17.95
Was:
"Stand therefore, having girded your loins with truth…And take…the sword of the Spirit, which is the word of God." (Ephesians 6:14–17) Are you ready to do battle against the forces of heresy and...

Now: $4.95
Was:
Apologist Trent Horn talks to Fr. Paul Check on the topic of Homosexuality

Now: $4.95
Was:
“How can this be?” Mary says to the Archangel Gabriel at the Annunciation.   How does Our Lady guide us more deeply into the Paschal Mystery, and so to a closer union with her Son and O

The Real Story of the Inquisition (MP3)

$21.95
Now: $12.95
Was:
All Catholics who want to know and defend the Faith need to learn about the time of the apostles and the Fathers, for it is in these ages that the Trinitarian, Christological, and Marian doctrines...

Now: $13.95
Was:
You go to Mass every Sunday and follow the liturgy, reciting the prayers, the creed, and everything in between, just the way you’ve been taught. But how much do you really know about why we...