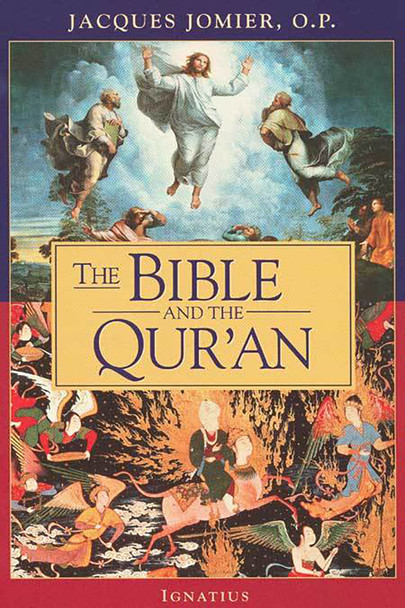 Just what do Christians need to know about the Qur'an?  In The Bible And The Qur'an Father Jacques Jomier, O.P., has written a scholarly yet readable work that details the profound differences between Christian Scripture and the Islamic sacred texts, differences that are too often glossed over by the mainstream media.  Topics addressed include:

This book is an absolute necessity for those who wish to understand the highly charged religious elements of the current conflict in the Middle East.

Since 9/11 it has been imperative for Christians to learn more about Islam and it's holy book, the Qur'an. Father Jomier's work provides crucial insights into the Qur'an, its background, and its teachings, without attempting to tackle the full text itself. Readers of father Jomier's work will find themselves in the enviable position of knowing more about Islam's holy book than many Muslims!
-Jimmy Akin , Catholic Answers Apologist

Now: $19.95
Was:
It is no longer permissible to have an honest conversation about Islam. Those who warn about Islam’s threat to our way of life are dismissed as racists and xenophobes by social elites and...

Now: $20.95
Was:
Protestants and Catholics alike share the faith that all scripture is inspired by God and is profitable for doctrine, for reproof, for correction, and training in righteousness (2Tim 3:16). But one...

Beginning Apologetics 9: How to Answer Muslims

Now: $5.95
Was:
Catholics should understand that Islam today poses a challenge to the Church that is perhaps the most serious threat it has ever faced. A galvanized, confident, rapidly expanding Islamic world...