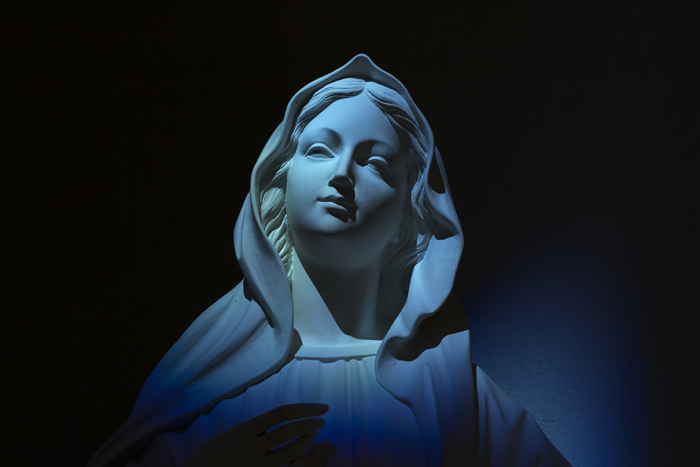 Among others we could consider, we will examine three reasons why Mary was and continues to be both a virgin and mother.

In Luke 1:34, when Mary was told by the angel Gabriel that she was chosen to be the mother of the Messiah, she asked the question, literally translated from the Greek, “How shall this be, since I know not man?” This question makes no sense unless Mary had professed a vow of virginity.

When we consider that Mary and Joseph were already “espoused,” according to verse 27 of this same chapter, we understand Mary and Joseph to have had already what would be akin to a ratified marriage. They were married! Normally, in ancient Israel, after the espousal the husband would go off and prepare a home for his new bride, then receive her into his home where the union would be consummated. Thus we read that Joseph intended to “divorce her quietly” (Matt. 1:19) when he discovered she was pregnant.

This background is significant because a newly married woman would not, when told she would conceive and bear a child, ask the question, “How shall this be?” She would know! Unless, of course, that woman already had a vow of virginity. Mary believed the message, but wanted to know how it was going to be accomplished. This indicates she was not planning on the normal course of events for her future with her husband Joseph.

There are other biblical reasons to believe that Mary and Joseph never consummated their marriage. In John 19:26, from the cross, Jesus gave his mother to the care of St. John even though by law the next eldest siblings, if there were any, would have the responsibility to care for her. It is not an option for Christians to believe that Jesus would take his mother away from his family in disobedience to the law.

Some will claim Jesus did this because his brothers and sisters were not there. They had left him. Thus, Jesus committed his mother to John who was faithful and present at the foot of the cross.

This claim betrays a very low and unbiblical Christology. As John tells us, Jesus “knew all men” (cf. John 2:25). If St. James were his uterine brother, Jesus would have known he would be faithful along with his “brother” Jude. The fact is, Jesus had no brothers and sisters, so he had the responsibility, on a human level, to take care of his mother. And that he did.

Furthermore, in Luke 1:34 when Mary asked the angel how she was going to conceive a child, the angel responded, “The Holy Spirit will come upon you, and the power of the Most High will overshadow you; therefore the child to be born will be called holy, the Son of God.”

The language of “overshadowing” here is nuptial language hearkening back to Ruth 3:8, where Ruth said to Boaz “spread your skirt over me” when she revealed to him his duty to marry her according to the “levirate law” of Deuteronomy 25. Thus Mary is truly and in a unique way the spouse of the Holy Spirit.

Later, when Mary turned up pregnant, Joseph would have been required to divorce her because she would then belong to another (see Deut. 24:1-4; Jer. 3:1). When Joseph found out that “the other” was the Holy Spirit, the idea of Joseph having conjugal relations with Mary would not be a possibility. She belonged to God alone; Joseph would have then been called to be her earthly protector (see 2 Sam. 16:20-22; 18:15; 20:3). – From 20 Answers: Mary