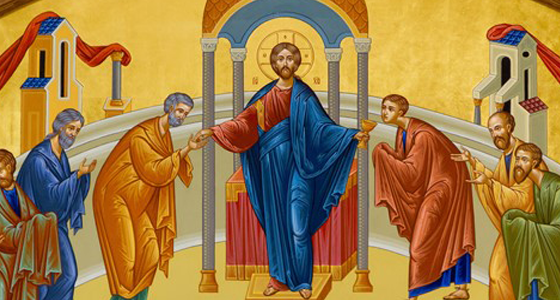 The first-century Jewish historian Josephus mentions Jesus twice in his monumental history of the Jewish people called Antiquities of the Jews. The shorter reference is in Book 20, where Josephus describes the stoning of lawbreakers in A.D. 62. One of the criminals is described as “the brother of Jesus, who was called Christ, whose name was James.” What makes this passage authentic is that it lacks Christian terms like “the Lord,” it fits into the context of this section of the Antiquities, and it’s found in every manuscript copy of the Antiquities. According to New Testament scholar Robert Van Voorst, “The overwhelming majority of scholars hold that the words ‘brother of Jesus, who was called Christ,’ are authentic, as is the entire passage in which it is found.”iv

The longer passage in Book 18 is called the Testimonium Flavianum. Scholars are divided on this passage because although it does mention Jesus, it contains phrases that were almost certainly added by later Christian copyists. These include phrases that would never have been used by a Jew like Josephus, such as, “He was the Christ” or “he appeared alive again on the third day.”

Mythicists maintain that the entire passage is a forgery because it is out of context and interrupts Josephus’s previous narrative. But this view neglects the fact that writers in the ancient world did not use footnotes, and would often wander into unrelated topics in their writings. According to New Testament scholar James D. G. Dunn, the passage has clearly been subject to Christian additions, but there are also words Christians would never use of Jesus. These include calling Jesus “a wise man” or referring to themselves as a “tribe”—which is strong evidence Josephus originally wrote something very close to the following:

At this time there appeared Jesus, a wise man. For he was a doer of startling deeds, a teacher of people who received the truth with pleasure. And he gained a following both among many Jews and among many of Greek origin. And when Pilate, because of an accusation made by the leading men among us, condemned him to the cross, those who had loved him previously did not cease to do so. And up until this very day the tribe of Christians (named after him) has not died out.v

The Roman historian Tacitus also records in his Annals that after the great fire in Rome, Emperor Nero fastened the blame on a despised group of people called Christians. Tacitus identifies this group thusly: “Christus, the founder of the name, was put to death by Pontius Pilate, procurator of Judea in the reign of Tiberius.” This corroborates the Gospel data about the basic circumstances of Jesus’ life and death.

Those who deny that Jesus existed, called “mythicists,” usually claim that the first Christians believed Jesus was just a cosmic savior figure who communicated to believers through visions. Later Christians then added the apocryphal details of Jesus’ life (such as his execution under Pontius Pilate) in order to ground him in first-century Palestine. However, if the mythicist theory is true, then at some point in Christian history there would had to have been a break or outright conflict between new converts who believed in a real Jesus and the older establishment view that Jesus never actually existed.

The curious thing about this theory is that the early Christian leaders, known as Church Fathers, loved to stamp out heresy. They wrote massive treatises criticizing heretics, and yet in all of their writings, the heresy that Jesus never existed is never mentioned.vi In fact, no one in the entire history of Christianity (not even early pagan critics like Celsus or Lucian) seriously argued for a mythic Jesus until the eighteenth century. Heresies of every kind plagued the Church for centuries, yet mythicism is simply unheard of. This makes it more likely that Christians always believed in an historical Jesus because such a person really did exist. – From 20 Answers: The Real Jesus