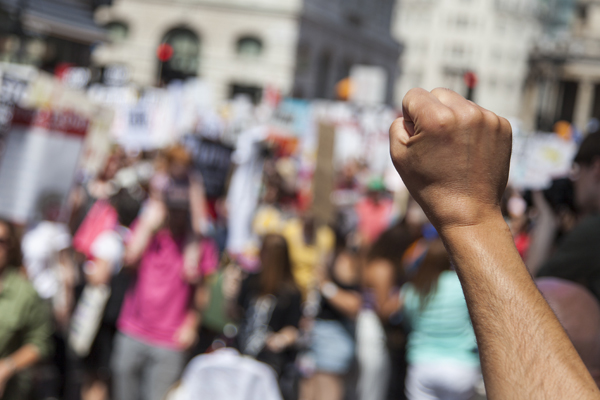 In the middle of the third century, the Roman emperor Valerian launched a fierce persecution against the Church that resulted in the martyrdom of Pope Saint Sixtus II along with seven deacons. St. Ambrose tells us that when the Roman authorities demanded that one of the deacons, named Lawrence, hand over “the treasures of the Church,” he agreed. According to Ambrose, “On the following day he brought the poor together. When asked where the treasures were which he had promised, he pointed to the poor, saying, “These are the treasures of the Church.”

Christ commanded his followers to care for the poor and warned them that ignoring the poor was the same as ignoring him (Matt 25:40). As the Church grew within the Roman Empire, Christians became famous for their generosity, which included not just almsgiving but the construction of the first hospitals that served the poor. The Roman emperor Julian the Apostate lamented how Christians “support not only their own poor but ours as well; all men see that our people lack aid from us.” For the most marginalized people in Roman society, like widows and abandoned newborns, it was only the generosity of Christians that stood between them and a premature death.

Christian generosity continued to be the difference between life and death for many people even after Christians became the rulers of medieval kingdoms, in which there simply wasn’t enough wealth for the state to lift the masses out of poverty. But this began to change with the rise of modern capitalism, as is evident in Adam Smith’s famous 1776 essay, “An Inquiry into the Nature and Causes of the Wealth of Nations.” Christians now had the ability to create wealth, and with that power came moral questions about how to address the perennial problem of poverty.

In the century after Smith’s essay was published, revolutionaries in America and Europe tore down the authority of the monarchy and replaced it with democratic republics. Ultimate authority, the revolutionaries said, should lie with the people instead of the king. Other revolutionaries took this democratic ideal even further and said wealth and property should not lie with a few people (be they monarchs or capitalists) but should be owned by all. In 1871, some of these revolutionaries even took over the city of Paris for two months, establishing a “socialist commune” until the French army retook the city, killing thousands of communards in the process.

By the end of the nineteenth century, the revolutionary spirit showed no sign of slowing and even many Christians were becoming sympathetic to the socialist cause. Christians now had access to more wealth and political power than they had ever possessed in the history of the world, but it wasn’t clear how those things should be used to help the poor. All of this was on the mind of Pope Leo XIII as he wrote the introduction to the most famous papal encyclical to address the issue of socialism: Rerum Novarum (Latin: “New Things”). He says this “spirit of revolutionary change” is not surprising and notes:

The elements of the conflict now raging are unmistakable, in the vast expansion of industrial pursuits and the marvelous discoveries of science; in the changed relations between masters and workmen; in the enormous fortunes of some few individuals, and the utter poverty of the masses; the increased self-reliance and closer mutual combination of the working classes; as also, finally, in the prevailing moral degeneracy.

The pope goes on to describe how everyone is talking about these “new things” and so the Church, which teaches us on matters of faith and morals, “thought it expedient now to speak on the condition of the working classes.” The socialist revolutions of the nineteenth century spurred the creation of the Church’s social doctrine: the application of its teaching to issues that arise as society changes over time. When it comes to the application of timeless truths to changing circumstances the pope admitted:

The discussion is not easy, nor is it void of danger. It is no easy matter to define the relative rights and mutual duties of the rich and of the poor, of capital and of labor. And the danger lies in this, that crafty agitators are intent on making use of these differences of opinion to pervert men’s judgments and to stir up the people to revolt.

Although much has changed in the century since Pope Leo XIII penned these words, many things are still the same.

There may not today be calls for violent revolution in America or Europe, but there are grassroots movements seeking to establish socialism through democratic activism. Some of those movements even claim that a Christian is obligated to support socialist economies or else he does not truly follow Christ’s command to “love your neighbor as yourself.”

In this book we will apply the Church’s social doctrine to the debate on socialism and show that not only are Catholics not obligated to be socialists, they—we—cannot be socialists. It is not a permissible or prudent way to address the problem of poverty.

If you want to find out more, order your copy of Can a Catholic Be a Socialist? today!