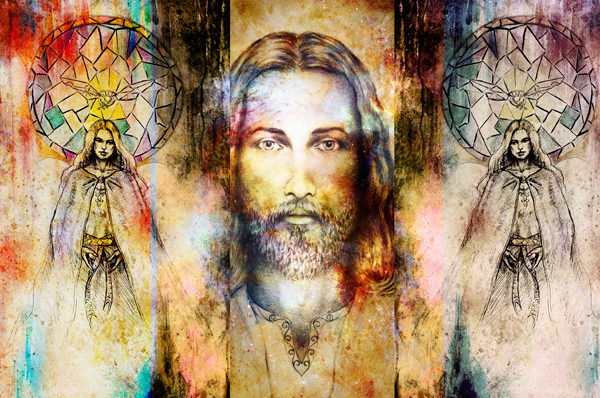 Deepak Chopra is an alternative medicine doctor and self-help advocate whose advice sounds profound but, upon closer examination, turns out to be verbose gibberish. For example, consider these two quotes:

“Attention and intention are the mechanics of manifestation.”

“Your consciousness quiets an expression of knowledge.”

The former is a real Chopra quote; the latter is just a random combination of words strung together by an online “Deepak Chopra quote generator.” It’s hard to tell them apart because Chopra’s “wisdom” consists of vague assertions about the mind creating reality combined with scientific jargon. In one article he claims, “Quantum theory implies that consciousness must exist, and that the content of the mind is the ultimate reality. If we do not look at it, the moon is gone.”

Lest you think Chopra is being merely poetic, he really believes that the most fundamental element of reality is consciousness and that we create the world around us (including the moon). He says that once we attain a high level of consciousness we can manipulate reality and accomplish incredible feats, like healing ourselves of cancer. When it comes to Jesus, Chopra promotes a common Eastern view of him as a “guru,” or someone who had achieved a level of introspective knowledge that leads to human fulfillment.

In his book The Third Christ, Chopra says, “Jesus did not physically descend from God’s dwelling place above the clouds, nor did he return to sit at the right hand of a literal throne. What made Jesus the Son of God was the fact that he has achieved God-consciousness.” So Jesus is God in the sense that we are all “God,” or that we all have the spark of “God-consciousness” within us, waiting to be actualized. That’s why Chopra tells us, “Jesus intended to save the world” not by dying for our sins but, “by showing others the path to God-consciousness.”

In his 2008 book Jesus: A Story of Enlightenment, Chopra weaves a fanciful tale to explain how Jesus became so “enlightened.” He takes advantage of the thirty years of Christ’s life between his birth and the start of his public ministry that are not described in Scripture (save for when Jesus’ parents found him in the Temple at the age of twelve) to claim that during his teens and twenties Jesus went on a journey to India, where he learned the secret of enlightenment from other wise men before returning to Galilee.

Chopra’s tale is just another in a long line of speculative stories about Christ’s “hidden years.” They go all the way back to medieval writers, who imagined a young Jesus visiting England with his traveling-tin-merchant father Joseph of Arimathea (an idea later popularized in William Blake’s 1808 poem “And did those feet in ancient time”). The claim about Jesus going to India comes from Nicolas Notovitch’s 1894 work The Life of Saint Issa, in which he claims to have seen an ancient document in a Himalayan monastery that describes how Jesus studied Buddhism in the region. But when other journalists went and visited this monastery, they learned Notovitch had never even been there. But it was a lucrative hoax for him.

In his book, Jesus Outside the New Testament, Robert Van Voorst says that when it comes to Jesus’ alleged travels to India and Tibet, they are as historically worthless as the Quran’s testimony about Jesus we discussed in the previous chapter. Chopra readily admits that there’s no evidence for his theory in the Bible. After claiming that an unknown German scholar made these claims in the 1940’s (whom Chopra may have mistaken for Notovitch) he concludes, “I went into incubation, meditation, and I allowed this story to unfold. It fits into the category of ‘religious fiction.’”

Chopra also appeals to the apocryphal Gospels, which do have gnostic themes that are similar to New Age thought, as witnesses to the “mystical Jesus.” For example, in the Gospel of Thomas, Jesus is made so say, “I am the light that is over all things. I am all: from me all came forth, and to me all attained. Split a piece of wood; I am there. Lift up the stone, and you will find me there” (77).

Some scholars claim that the Gospel of Thomas is a first-century work and so it is the most reliable of the bunch. But other scholars, including critical ones like Bart Ehrman, believe that the Gospel’s allusions to other books of the New Testament, its reliance on later Syriac renderings of those texts, and its absence of apocalyptic themes place its composition in the middle of the second century. This alone would make it far less reliable than the first-century canonical Gospels. And that leaves the Guru Jesus theory without any historical basis whatsoever.