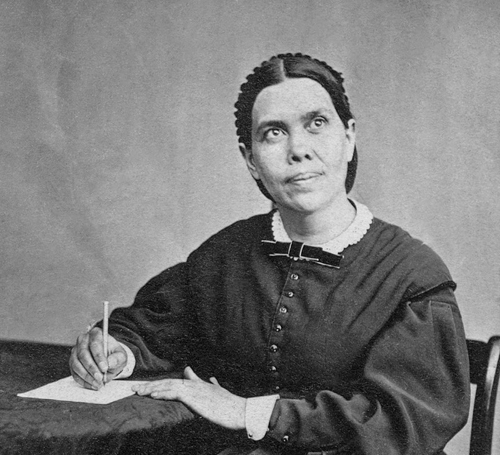 Most people know little about the Seventh-day Adventists beyond that they worship on Saturdays, not Sundays. But there’s more to this unique sect.

The Seventh-day Adventist church traces its roots to American preacher William Miller (1782–1849), a Baptist who predicted the Second Coming would occur between March 21, 1843, and March 21, 1844. Because he and his followers proclaimed Christ’s imminent advent, they were known as “Adventists.”

When Christ failed to appear, Miller reluctantly endorsed the position of a group of his followers known as the “seventh-month movement,” who claimed Christ would return on October 22, 1844 (in the seventh month of the Jewish calendar).

When this didn’t happen either, Miller forswore predicting the date of the Second Coming, and his followers broke up into a number of competing factions. Miller would have nothing to do with the new theories his followers produced, including ones that attempted to save part of his 1844 doctrine.

Miller had claimed, based on his interpretation of Daniel and Revelation, that Christ would return in 1843–44 to cleanse “the sanctuary” (Dan. 8:11–14, 9:26), which he interpreted as the earth. After the disappointments of 1844, several of his followers proposed an alternative theory.

While walking in a cornfield on the morning of October 23, 1844, the day after Christ failed to return, Hiram Edson felt he received a spiritual revelation that indicated that Miller had misidentified the sanctuary. It was not the earth, but the Holy of Holies in God’s heavenly temple. Instead of coming out of the heavenly temple to cleanse the sanctuary of the earth, in 1844 Christ, for the first time, went into the heavenly Holy of Holies to cleanse it instead.

Another group of Millerites was influenced by Joseph Bates, who in 1846 and 1849 issued pamphlets insisting that Christians observe the Jewish Sabbath—Saturday—instead of worshipping on Sunday. This helped feed the intense anti-Catholicism of Seventh-day Adventism, since they blamed the Catholic Church for changing the day of worship from Saturday to Sunday.

These two streams of thought—Christ entering the heavenly sanctuary and the need to keep the Jewish Sabbath—were combined by Ellen Gould White, who claimed to have received many visions confirming these doctrines. Together with Edson and Bates, she formed the Seventh-day Adventist denomination, which officially received its name in 1860.

Few Christian groups straddle that fine line between sect and denomination as does the Seventh-day Adventist (SDA) Church.

On the one hand, its more than 20 million members profess belief in many tenets of Christian orthodoxy, including the Trinity and Christ’s sacrificial atonement on the cross.

On the other hand, its murky origins and collection of eccentric doctrines and practices place it on the fringes of Christianity.

In The Great Disappointment—named after the failed eighteenth-century prophecies of Christ’s return that sparked the Adventist movement—Tim Staples takes a deep dive into SDA history and theology, giving you a thorough understanding of its key beliefs and how they stack up to Catholic truths.

Although Seventh-day Adventism may be best known for its insistence on a Saturday Sabbath and traditionally strict rules about diet and lifestyle, Staples says we should pay more attention to the seven major errors in its doctrines.

In this thorough but characteristically engaging and accessible four-disc set, he takes you through each error (God has a body, Ellen Gould White was a unique prophet of Christ’s return, the human soul is not immortal, etc.) and refutes it with solid scriptural evidence and commonsense philosophy.

If you want to find out more, pre-order your copy of The Great Disappointment today!