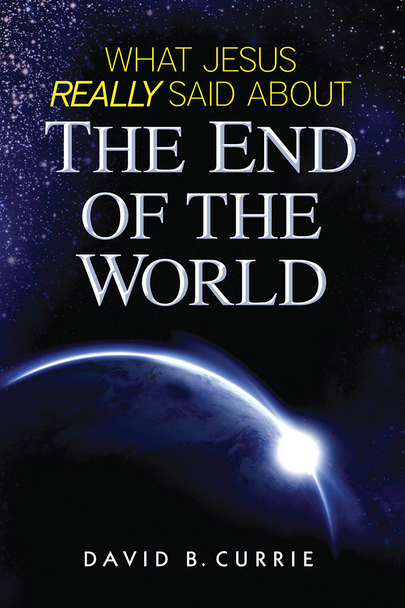 From the Mayans to Martin Luther to modern doomsday preachers, there’s a long list of people who predicted the end of the age—and got it wrong.

As a response to widespread concern about the Last Days, Catholic Answers released David Currie's book, What Jesus Really Said About the End of the World.

With global events sparking bold predictions by Christian preachers and New Age gurus alike about the imminent end times, popular author and speaker David B. Currie has conducted a thorough study of what Jesus actually tells us about the end of the age and his Second Coming. In so doing he quells the sensationalism of those who see an Antichrist or a “Rapture” lurking behind every gloomy headline and dispels the misconception that Jesus predicted the end of the world within his own generation.

Using incisive scriptural scholarship and some long-neglected wisdom from Church Fathers, Currie explains the meaning of Christ’s end-times prophecies as his first-century audience would have understood them. The result is a fascinating story of promise and fulfillment that reaffirms our faith in Christ’s infallible wisdom. It also fills us with optimism for the future rather than a crippling fear of doomsday.

Now: $16.95
Was:
From the Mayans to Martin Luther to modern doomsday preachers, there’s a long list of people who predicted the end of the age—and got it wrong. As a response to widespread concern about the Last...

Now: $10.95
Was:
Catholic Answers apologist Tim Staples heads Down Under to defend the Real Presence in this stirring debate with Rev. Peter Barnes, Australia’s leading Evangelical controversialist. Recorded live in...

What the Saints Never Said: Pious Misquotes And The Subtle Heresies They Teach You (Digital)

Who Do You Say That I Am? What We Believe About Jesus (MP3)

Now: $4.95
Was:
In this talk, Jimmy Akin draws on Scripture and Tradition to show the basis for what the Church teaches about Jesus Christ. He reveals how the Church has responded to the many heresies about Christ...

Now: $16.95
Was:
From the Mayans to Martin Luther to modern doomsday preachers, there’s a long list of people who predicted the end of the age—and got it wrong. As a response to widespread concern about...

Demons, Deliverance, and Discernment: Separating Fact From Fiction About The Spirit World (Digital)

Now: $12.99
Was:
The Bible tells us that the battle for our eternal souls is not waged against flesh and blood, but against “the spiritual hosts of wickedness” (Eph. 6:12). Satan and his fellow fallen...

Now: $12.99
Was:
What does the Church teach about that? Sometimes this seems like a question with more than one answer. The Catholic Church claims to possess the fullness of Christian truth, but getting to the truth...

Now: $12.99
Was:
What Did Early Christians Really Believe? The Answer Will Surprise and Amaze You! The Fathers Know Best: Your Essential Guide to the Teachings of the Early Church is a unique resource that...

Now: $9.99
Was:
Questions relating to salvation -- especially faith versus works, but also penance, purgatory, indulgences, and free cooperation with God's grace -- have been sore points in the dialogue between...

Now: $5.99
Was:
Learn about the history of the Bible and the Church’s important role in preserving it. Are Catholics anti-Bible? Who compiled the biblical text? Who organized the text? How was the...

The Drama of Salvation (Digital)

Now: $12.99
Was:
Where Will You Spend Eternity? The drama of salvation involves every man, woman, and child on earth. In this life, all of us are suspended between heaven and hell. To rescue us, God sent his...