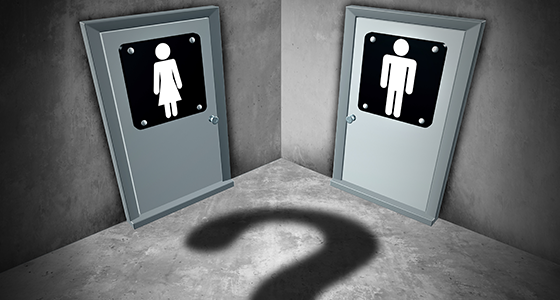 Like all nominalist endeavors, the subject becomes atomized until it reaches the level of isolated individuals. The plus sign is placed at the end of LGBTQIA so that each individual not covered by a letter will be included. To resurrect Martin Luther’s comment, there are almost as many genders and sexual identifications as there are heads.

Sexuality has become a social convention. If a man sees himself as a female—wears female clothing and makeup, does girly things—he can identify himself as a woman. A female who cuts her hair “like a boy” and does “boy things” can identify herself as a boy.

What gender identity does is institutionalize the same sexual stereotypes that the gender feminist movement sought to stamp out. Indeed, the feminist movement has itself become a social convention—a “girly thing” that girls do—leading us to the bizarre spectacle of men who identify themselves as women by engaging in female sexual stereotypes joining women’s marches to oppose the oppressive patriarchy’s encouragement of sexual stereotypes. You might have to take a moment and chart out the logic on paper. It’s almost too insane to follow without a visual aid.

Nominalism is at the heart of the gender movement. It denies that God created living things “according to their kind” and proposes that we can determine our own nature. It also suggests divine deception in that God made you appear male even though you are actually female.

There is also an iconoclastic element to this movement. Our bodies are icons of our souls, in that the dispositions of the soul are manifested through the body. The gender movement destroys this connection and turns the will of the soul against the body, even to the point of violently imposing a new identity by effacing the body and recreating it into something other than what it is. Vatican II’s words, “when God is forgotten . . . the creature itself grows unintelligible,” seem prophetic in retrospect.

Did you enjoy this excerpt from Gary Michuta's Revolt Against Reality? Order your copy today!