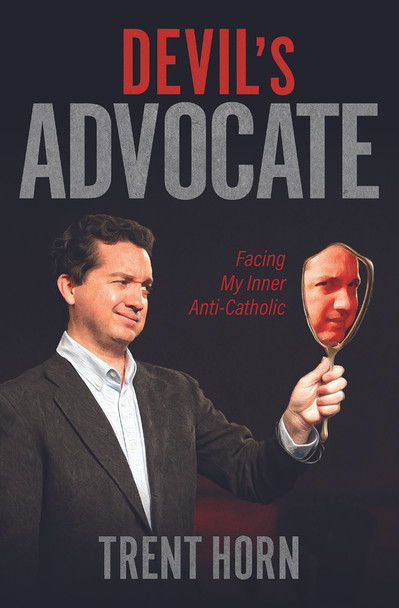 He has debated Protestants, skeptics, and socialists. He has refuted countless atheist arguments and debunked a thousand anti-Catholic myths—without breaking a sweat.  But now Trent Horn has met his match . . . himself.

What if the voice of your deepest doubts and difficulties about Catholicism rose up in the form of a human being and challenged you to a defend your most foundational beliefs?  That’s the task Trent faces in Devil’s Advocate: a dialogue with his own best objections against the faith he professes and defends.

In this engaging series of conversations with his anti-Catholic alter-ego, Trent battles challenges on topics such as:

The voice of doubt does not mess around—not for Trent, and maybe not for you, either.  But in Devil’s Advocate, you’ll find that there’s a better option than ignoring those doubts you can’t quite beat. You have what it takes to face them . . . and Trent will show you how.

Now: $16.95
Was:
How can you believe all this stuff? This is the number-one question Catholics get asked—and, sometimes, we ask ourselves. Why do we believe that God exists, that he became a man and came...

Now: $16.95
Was:
He has debated Protestants, skeptics, and socialists. He has refuted countless atheist arguments and debunked a thousand anti-Catholic myths—without breaking a sweat.  But now Trent Horn...

Now: $12.99
Was:
“There are some things in them hard to understand, which the ignorant and unstable twist to their own destruction, as they do the other scriptures.”—2 Peter 3:16 Martin Luther and...

Now: $20.00
Was: $62.75
Want to learn how to answer non-Catholics but don't know where to begin? We've got you covered! What's in the box? It's a mystery! Build up your apologetics war chest with this selection of five...