From Fire, By Water: My Journey to the Catholic Faith 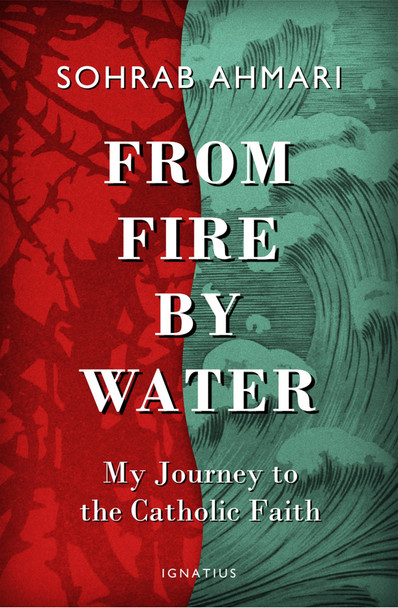 From Fire, By Water: My Journey to the Catholic Faith

Sohrab Ahmari was a teenager living under the Iranian ayatollahs when he decided that there is no God. Nearly two decades later, he would be received into the Roman Catholic Church.

In From Fire, by Water, he recounts this unlikely passage, from the strident Marxism and atheism of a youth misspent on both sides of the Atlantic to a moral and spiritual awakening prompted by the Mass.

At once a young intellectual’s finely crafted self-portrait and a life story at the intersection of the great ideas and events of our time, the book marks the debut of a compelling new Catholic voice.

A Devotional Journey Into The Mass: How Mass Can Become a Time of Grace, Nourishment, and Devotion

Now: $14.95
Was:
If you’re unhappy because the Mass has become for you routine – or even boring and tedious – A Devotional Journey Into the Mass is for you - teaching you eight simple ways to...

Now: $9.95
Was:
The official Catechism of the Catholic Church, Pocket Edition, clearly spells out the Church's beliefs on: Love, marriage and children God, creation, humanity, life, death, and the...

Now: $19.95
Was:
'Who CARES what Jesus did?' This may well be the response of many to the title of this book. Some may shrug it off because of a general disbelief in God, or a refusal to believe that Jesus could...

$22.95
Now: $12.97
Was: $24.95
The essence of Christianity is this: we hold fast to what we were given by those who came before us. From Jesus and the apostles to believers throughout history, God’s saving revelation...

Now: $15.95
Was:
These meditations on Mary are filled with wisdom and hope. On ordinary days, on Marian holy days, and in times of spiritual and moral challenges, they offer the strength and the consolation...

Now: $19.95
Was:
These subjects have fascinated people for centuries, and the Bible has a surprising amount to say about each of them. Jimmy Akin has spent years studying the mysterious, and in this set he shares...

Now: $17.95
Was:
Over the course a single decade, dozens of students, alumni, and professors from a conservative, Evangelical seminary in North Carolina (Southern Evangelical Seminary) converted to Catholicism. These...

Now: $18.95
Was:
No other work on Galileo Galilei has brought together such a complete description of the historical context in its political, cultural, philosophical, religious, scientific, and personal aspects as...

Now: $8.81
Was: $16.95
Many Protestants call themselves “Bible Christians”—in contrast with Catholics, who ignore the Bible because they have the Church instead. Too many Catholics have taken this...

Now: $8.29
Was: $15.95
Raised by a Jewish father and an ex-Catholic mother, Trent Horn was adrift in skepticism in his teenage years and believed religion was “a crutch for the simple-minded.” At the time,...