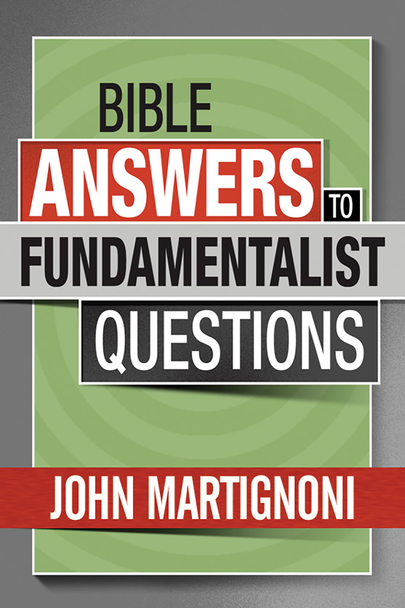 If you've ever talked religion with a "Bible Christian" you've no doubt been "informed" that the Bible is the sole infallible authority in matters of faith, that the Sacraments of the Church can't be found in the Bible, and that during the last days Christians will disappear from the Earth and be taken up into heaven during "the rapture."

Most Bible Christians share these three beliefs—and think that all of them are based in Sacred Scripture. But as John Martignoni shows in his three-part audio series, Bible Answers to Fundamentalist Questions, in reality none of them is consistent with what the Bible actually teaches.

In answering objections to Catholic teachings, John Martignoni himself relies on Scripture alone, citing chapter and verse the same way Bible Christians do when they talk about their beliefs. Once you learn the Scriptures Martignoni cites, you'll easily discuss these issues with Bible Christians—and influence them in ways you never could before.

Now: $4.95
Was:
God’s Written Word What does it mean to say that Scripture is “inspired”? Why don’t Catholics believe that the Bible is the sole rule of faith? Do Christians

Now: $4.95
Was:
Some Protestant writers have claimed not only that major Catholic doctrines were unknown in the early Church but that the ultimate authority for the first Christians was Scripture alone. But...