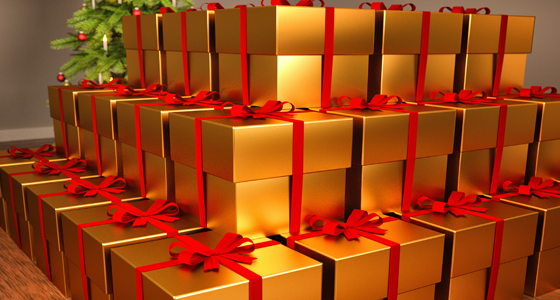 One constructive approach would be to enter more fully into the celebrations ourselves and, by our example, invite secularists to consider the sacred meaning of the Christian seasons they celebrate without reference to Christ, reminding them that he is the reason for the seasons. Let’s look at Christmas as an example.

Christmas is the most publicly celebrated Christian holiday in the United States. Christians, non-Christians, and secularists alike observe the day in some way—if only as a federal holiday on which many businesses are closed. In 1999, a U.S. district court ruled that the national observance of Christmas doesn’t violate the Constitution’s establishment clause, arguing that “the Christmas holiday has become largely secularized” and that “by giving federal employees a paid vacation day on Christmas, the government is doing no more than recognizing the cultural significance of the holiday.”

The secularization of Christmas tests many Christians’ charity and patience. The ugly reindeer sweaters, the hordes of frantic shoppers climbing over each other for deals, the office “holiday parties” at which no one dares to greet a coworker with “Merry Christmas”—how can a solemn celebration of the birth of our Savior have descended into this sugar-coated, peppermint-flavored purgatory?

Christmas starts on December 25 and traditionally lasts twelve days. Here are some Christmas customs well established in secular culture that you can incorporate into your celebrations—not just before or on Christmas Day, when the wider world expects them, but through Twelfth Night (January 5) and beyond—in a way that witnesses to the season’s true meaning.

Decorations. A few years ago, a friend went out late at night on December 23 to a Christmas tree lot. The vendor still had several large trees he’d been unable to sell and gave one of them to my friend for free. The tree stayed in a bucket of water on the porch for a few days, and she and I decorated it on December 26. At the New Year’s Eve party she hosted later that week, her friends were amazed that her tree still looked fresh, and we told the story of how we decorated it on the day after Christmas.

Parties. Like many organizations, Catholic Answers hosts a staff Christmas party every December. But the competition for prime party locations can start as early as August, and it can be difficult to schedule a party close to Christmas Day. One year, the staff decided to postpone its office party until Epiphany. Imagine the opportunity for conversation when you call up a restaurant event planner to schedule an office holiday party in January!

Travel. For many Christians, the annual December Dilemma is how to schedule visits to both sides of the family. Young families can agonize over how to make sure all the grandparents get a chance to see a new baby at Christmas and find themselves on the road for hours to spend Christmas Eve in one city and Christmas Day in another. Why not announce that you’ll be making family visits throughout the twelve days of Christmas? You may even be able to start a new tradition of spending Christmas Day in your own home.

Gift-giving. Many Catholic families save a few presents for their children to open on Epiphany. That’s great, but why limit this to the children? When you’re making your visits to family and friends throughout the two weeks following Christmas, take along their gifts. Not only will you surprise them with extra gifts to open, but you’ll save on postage.

Christmas cards. Rather than scrambling to send out Christmas cards on the day after Thanksgiving, you could write out a handful of cards each night during Advent and save them to drop in the mail on Christmas Eve. Religious cards will remind friends and loved ones of the reason for the season.

When Christian missionaries began their travels through Europe to bring the good news of Christ to the pagans, they did so by baptizing the cultures in which they evangelized. Established customs intended to honor false gods were pressed into service to honor the one true God and his only begotten Son, born of a virgin for the salvation of all mankind. If the early Christians could preach “peace on earth and mercy mild, God and sinners reconciled,” then we can do so, too. And, as our forebears in the Faith did, we too can use the customs of our world to bring the world to God. From 20 Answers: Seasons and Feasts