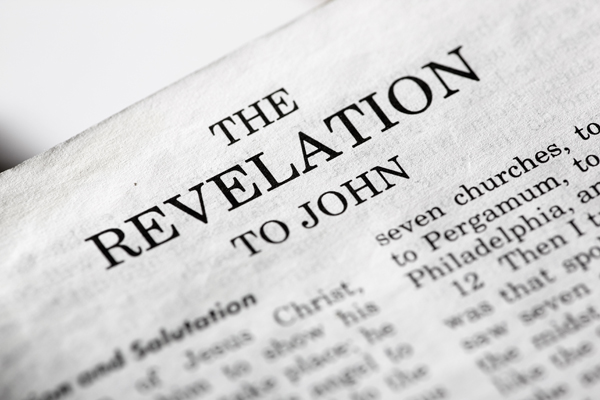 Every Catholic has heard the challenge:

“How can you believe that? Don’t you know the Bible says…”

It’s a challenge we have to meet. If we can’t reconcile apparent contradictions between Scripture and Catholic teaching, how can our own faith survive? And if we can’t help our Protestant brothers and sisters overcome their preconceptions about “unbiblical” Catholic doctrines and practices, how will they ever come to embrace the fullness of the Faith?

In this excerpts from Meeting the Protestant Challenge, Karlo Broussard gives some examples of how to counteract the Protestant claims that Catholics have added books to the Bible.

“Don’t Add to God’s Word”: Revelation 22:18-19 and the Deuterocanonical Books

THE PROTESTANT CHALLENGE: How can the Catholic Church add books to the biblical canon when the book of Revelation expressly forbids adding to God’s word?

Catholic Bibles are bigger than Protestant ones. The Catechism teaches that the canon of Scripture includes “forty-six books for the Old Testament (forty-five if we count Jeremiah and Lamentations as one) and twenty-seven for the New” (120). Although Protestants agree with Catholics on the books that make up the New Testament, there are seven books in the Catholic Old Testament canon that they reject: Tobit, Judith, Wisdom, Sirach, Baruch, and 1 and 2 Maccabees. They also reject portions of the books of Daniel and Esther. Catholics refer to these seven books as the deuterocanonical (second-canon) books and Protestants call them the Apocrypha.

You may run across a Protestant who rejects the deuterocanonical books because he thinks the Catholic Church added these books, in violation of John’s prohibition to add to the Bible:

John says not to add to Scripture, yet the Catholic Church literally added seven whole books and more!

1. If we granted for argument’s sake that John here is referring to the entire canon of Scripture, then Protestants would be guilty for removing the deuterocanonicals.

If we suppose that John is talking about the biblical canon (the list of all the books that make up the Bible) in Revelation 22:18-19, then the challenge becomes a two-edged sword. A Protestant may argue that the Catholic Church added books to the Bible, but a Catholic can just as easily argue that the Protestant community took some books away.

Prior to the Reformation, some individuals did question the canonicity of these books, but for the most part Christians as a whole accepted them. Numerous fourth and fifth-century Church councils authoritatively declared them to be inspired: the Synod of Rome (A.D. 382), Council of Hippo (393), Third Council of Carthage (397), and Sixth Council of Carthage (419). Protestant scholar J.N.D. Kelly affirms the major consensus on these books in the early Church: “For the great majority, however, the deuterocanonical writings ranked as Scripture in the fullest sense.”

2. This passage is not even discussing the canon of Scripture but merely the book of Revelation.

These verses, however, don’t even refer to the entire Bible. The Greek word use here for book, biblion, can mean “small book” or “scroll.” In the ancient world, it was impossible to fit the entire Bible on a single scroll. The books of the Bible were originally individual compositions, such as an individual scroll, and the biblical canon as we know it was a collection of individual scrolls, a library of books. That’s why they’re called the “books” (plural) of the Bible. These books would not be put into a single volume until centuries later.

Therefore, it makes most sense to read the phrase “book of this prophecy” as referring to the scroll in which John is recording his prophecy, namely, the book of Revelation. As such, John’s instruction not to add or remove anything refers to the book he was writing—Revelation—and not the future canon of Scripture (which wouldn’t be authoritatively settled for centuries after).

A similar instruction is given is Deuteronomy 4:2, where Moses says, “You shall not add to the word which I command you, nor take from it; that you may keep the commandments of the LORD your God which I command you.” Moses wasn’t referring to the whole Old Testament canon; otherwise we would have to side with the Sadducees and reject every Old Testament book outside the Pentateuch. He was merely prohibiting adding or taking away from the “statutes and the ordinances” that constitute the Mosaic Law.

Since we now know that John was not giving instructions concerning the biblical canon, but instructions governing the book of Revelation (don’t add to the prophetic text of Revelation and don’t take away from it), it becomes clear that Revelation 22:18-19 doesn’t undermine the Catholic canon, regardless of whether the Catholic Church added books to the biblical canon or Protestants subtracted from it. Of course, we must not add to or subtract from the canon of Scripture. But that is not what John is talking about in this passage.

COUNTER-CHALLENGE: How could John be referring to the entire biblical canon in Revelation 22:18-19 when the canon wouldn’t be settled for another several hundred years?

AFTERTHOUGHT: Your Protestant friend might argue that because the New Testament doesn’t quote any of the deuterocanonical books we have good reason to exclude them from the canon of Scripture. This is common among some Protestants. But this logic would demand that we also exclude from the canon Song of Songs, Ecclesiastes, Esther, Obadiah, Zephaniah, Judges, 1 Chronicles, Ezra, Nehemiah, Lamentations, Nahum, Joshua, Obadiah, and Zephaniah, since the New Testament doesn’t quote any of these. I don’t think your Protestant friend wants to make his biblical canon any smaller!