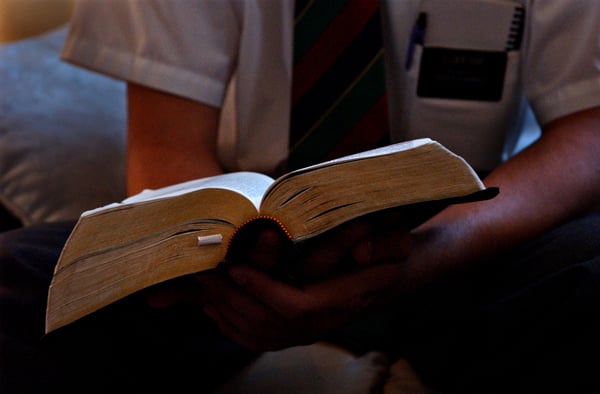 Chances are you've had interaction with the Latter Day Saints. When they tell you what they believe, how do you respond?

Trent Horn has some ideas you may find useful - Please take the time to enjoy this excerpt from Counterfeit Christs: Finding The Real Jesus Among The Impostors

Once a young woman sitting next to me on an airplane noticed I was reading a book about Mormonism. She said she had recently joined the Mormon Church (the official name for Mormons is “members of the Church of Jesus Christ of Latter-day Saints,” which some people abbreviate to “LDS”) and so we struck up a conversation. She said she didn’t like it when people held ignorant views towards Mormons and I agreed that bigoted attitudes are unacceptable.

“I mean, we all believe in Jesus, so isn’t that what matters?” she asked.

I gently explained to her that Christians and Mormons don’t mean the same thing when they refer to the person of Jesus. Gordon Hinkley the former president of the Mormon Church, even said, “As a church we have critics, many of them. They say we do not believe in the traditional Christ of Christianity. There is some substance to what they say.”

Christians believe there is one God who exists as three divine, eternal persons: the Father, Son, and Holy Spirit, and that only God is eternal (see Psalm 90:2).

Mormons, on the other hand, believe there are an infinite number of “intelligences” that have existed for all eternity. God, whom Mormons call “Heavenly Father,” transforms these intelligences into human beings and the faithful Mormons among them will become gods in the next life, going on to create more human beings who will continue this cycle of “exaltation.”

Mormons believe that Jesus Christ was once an “intelligence” like us who existed from eternity past. He was not always divine, and he was not always the Son of God. Instead, God chose him to become the “first-born” among the intelligences by giving him the first spirit body. In 1909, the Mormon Church’s leadership released a statement that said, “The Father of Jesus is our Father also. . . . Jesus, however, is the first-born among all the sons of God—the first begotten in the spirit, and the only begotten in the flesh. He is our elder brother, and we, like him, are in the image of God.”

Instead of being completely different in kind from human beings, this counterfeit Christ is only different from us in degree (hence the term “eldest brother”). He is just a more exalted spirit-child of God the Father, which reduces him from being the eternal creator of the universe to being merely one highly praised part of it.

…There Is Only One God

Mormonism can best be described as a kind of henotheism, or belief in the existence of many gods (in this case, infinitely many), only one of whom deserves our worship. Mormons strive to become “exalted” and develop into a god just like Heavenly Father, who was once a man like us. Joseph Smith even said at a funeral for Mormon elder King Follett, “You have got to learn how to be gods yourselves, and to be kings and priests to God, the same as all gods have done before you.”

Christians, on the other hand, are monotheists who believe there is one God, though he exists as a Trinity of three persons, each of whom equally possesses the divine nature. And although Mormons will tell you that they, too, believe in “one God,” what they mean is that they believe in one collection of gods. For Mormons, the Father, Son, and Holy Spirit (or “the Holy Ghost”) are three gods who cooperate so perfectly they might as well be one God. But this is like saying that a perfectly cooperating baseball team has but one player.

If God or Heavenly Father used to be a man who was later exalted into godhood, then the entire universe would be without an explanation, because we could always ask the atheist’s favorite question: “Who created God?” Positing an infinite cycle of men becoming gods does not explain the existence of the universe any more than an infinitely long chain could explain why a chandelier is hanging in a room. It has to be attached to the ceiling, and likewise, the only explanation for why the universe exists at all is because the God of Christianity, who just is perfect existence itself, created it.

Scripture also clearly teaches there is only one God, and we are to worship him alone.

There’s no doubt that the early Israelites were also henotheists, because they were often tempted to worship other gods that they presumed really existed. But through gradual, divine revelation God’s people came to understand that Yahweh was not only superior to all other gods—he was real and they were not. In Isaiah 45:5, God says, “I am the Lord, and there is no other, besides me there is no God.”

Isaiah 43:10 God declares, “Before me no god was formed, nor shall there be any after me.” This can’t refer to false gods or idols, because many of those are still “formed” to this day. Instead, the Bible teaches that no other god besides the one true God has ever existed, and no other god ever will exist. Even scholars who reject evidence for practices of monotheism early in the Old Testament agree that the prophet Isaiah is a witness to God’s people having finally rejected the existence of all other deities except for their own God Yahweh.

The New Testament also firmly teaches not just that Jesus is God, but that there is only one God.

Jesus described God as “the only God” (John 5:44) and “the only true God” (John 17:3). St. Paul describes God as “the only wise God” (Rom. 16:27) and the only being who possesses immortality (1 Tim. 6:16). St. Ignatius wrote in the early second century that the early Christians were persecuted because they “convince the unbelieving that there is one God, who has manifested himself by Jesus Christ his Son.”

If there is only one God, and the Father, the Son and the Holy Spirit are fully divine and distinct from one another, then the doctrine of the Trinity logically follows. Jesus could not have been an “intelligence” that another god elevated to divinity, but must instead be an inseparable part of the one, triune God who alone has eternal, necessary existence.