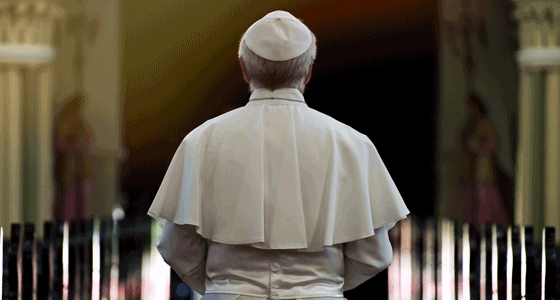 In 2016 the virus was linked to birth defects in thousands of Brazilian newborns striking fear across the country
It was in that climate that, aboard a plane headed from Mexico back to Rome, a Spanish reporter named Paloma García Ovejero asked Pope Francis what should have been a simple softball question:

The answer is likewise simple, albeit controversial, and has been declared by the Church repeatedly. In 1931, a year after the Anglicans officially declared an openness to contraception “where there is such a clearly felt moral obligation to limit or avoid parenthood, and where there is a morally sound reason for avoiding complete abstinence,” Pope Pius XI clarified:

No reason, however grave, may be put forward by which anything intrinsically against nature may become conformable to nature and morally good. Since, therefore, the conjugal act is destined primarily by nature for the begetting of children, those who in exercising it deliberately frustrate its natural power and purpose sin against nature and commit a deed which is shameful and intrinsically vicious (Casti Connubii 54).

On the “lesser evil,” avoiding pregnancy, we are speaking in terms of the conflict between the Fifth and Sixth Commandment. Paul VI, a great man, in a difficult situation in Africa, permitted nuns to use contraceptives in cases of rape. . . . Avoiding pregnancy is not an absolute evil. In certain cases, as in this one, or in the one I mentioned of Bl. Paul VI, it was clear.

Both García Ovejero’s question and Pope Francis’s answer were somewhat ambiguous, but the Vatican quickly clarified that Pope Francis did mean contraception. Vatican spokesman Fr. Federico Lombardi explained that the pope was declaring that “the contraceptive or the condom, in cases of particularly [sic] emergency and seriousness can also be objects of a serious discernment of conscience.”

Both the pope’s answer and the subsequent clarification were stunning. As recently as four days earlier, the New York Times had reported, “Catholic Leaders Say Zika Doesn’t Change Ban on Contraception.” The new headline read: “Francis Says Contraception Can Be Used to Slow Zika.” This apparent about-face confirmed non-Catholics’ long-held suspicions that the Church’s opposition to contraception is arbitrary. The Guardian’s Barbara Ellen and others quickly asked, “Why is ‘permission’ being granted to safeguard against one virus, Zika, but not against HIV and AIDS?”

A Strange Way to Begin a Book Defending the Papacy

How can airing the Church’s dirty laundry demonstrate the truth of Catholicism and its most distinctive doctrine?

Pope Francis was elected in 2013, and although I admired many aspects of his apparent humility and his general down-to-earth nature, I missed the theological clarity of his predecessors’ styles. From the beginning, critics accused the pope of breaking with Church tradition, and on my blog and elsewhere I battled against them and their uncharitable interpretations of his off-the-cuff remarks.

Part of the problem has been pastoral.

Now he was suggesting that those with Zika who nevertheless follow Church teaching might be guilty of sinning against the Fifth Commandment—the commandment against murder. Living in a way that is faithful to the Church’s sexual ethic is difficult enough in the face of a hostile world; feeling like even the pope doesn’t have your back makes it almost unbearably harder.

But the deeper problem is ecclesiological.

The Church cannot be right in teaching that contraception is contrary to the law of God today and then go and declare it acceptable tomorrow—not without compromising its claim to be a bastion of truth. The Zika story is really part of a broader story about a dismaying lack of clarity that has dogged this pontificate from the start. What does it mean to believe in the “teaching authority of the pope” in a world in which endless debates rage over what his words even mean? Many of the world’s Catholics, and many on the outside looking in, are grappling with that question.

My thoughts on the papacy have been purified.

As Catholic apologists sometimes do, I once took a posture of triumphalism. To be sure, like anyone familiar with the history of the Church I knew that there were some bad popes, but the problem always seemed safely distant. My entire life had been spent amid the pontificates of Karol Wojtyła and Joseph Ratzinger, two of the brightest and holiest men of the twentieth century. It seemed a given that in Rome we would always have a sort of theologian-in-chief, a pope capable of articulating the nuances of Catholic doctrines with brilliant lucidity.

These past few years have been a reminder that such clarity can’t be taken for granted.

And there is the silver lining to this crisis.

St. John Henry Newman (1801-1890) observed that “it is a common occurrence for a quarrel and a lawsuit to bring out the state of the law, and then the most unexpected results often follow.” In the case of the papacy, “St. Peter’s prerogative would remain a mere letter, till the complication of ecclesiastical matters became the cause of ascertaining it. While Christians were ‘of one heart and one soul,’ it would be suspended; love dispenses with laws.”

That is to say, when everyone is in agreement, as in the early days after Pentecost, it may not always clear (at least to an outsider) who’s in charge, or what the limits to his authority may be. The true sign of obedience, as Newman rightly noted, is in the face of a “quarrel or a lawsuit.” It’s when we disagree that we see how much (or how little) respect for authority we have. And so it is precisely here that the papacy as a divinely ordained structure of authority shines through.

Perhaps there is another silver lining as well: the accumulating scandals in the Catholic Church (including some that long predate Pope Francis’s pontificate) mean that many non-Catholics are sincerely asking, “Why are you still Catholic?” This book is my own answer to that question.