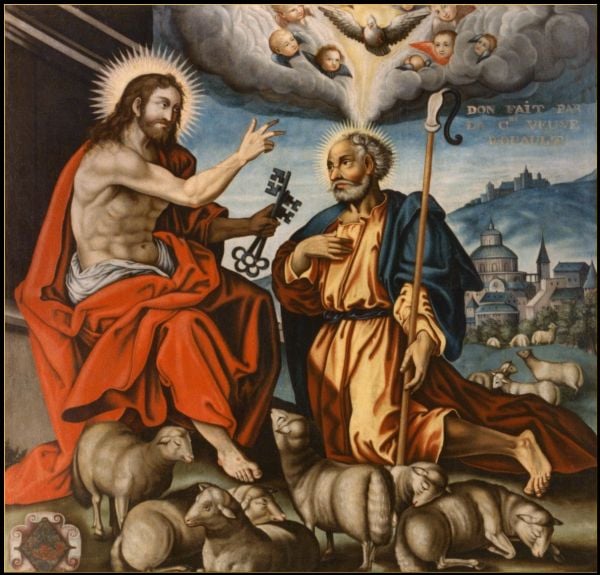 “Why should I be Catholic?” is a question we hear all the time at Catholic Answers. No doubt, people have asked you this very same question.

But how should you answer?

• “Because it’s the truth” is certainly a good answer.
• So is “Because God wants you to be.”
• Also, “Because it will help you get to heaven.”

Although these answers are true, they’re not necessarily the most helpful for particular people.

A sharp-witted inquirer could respond to each of them by saying, “But how do you know that?”

At this point, you’d need to start presenting him with evidence to back up the claim, and that can get messy.

For example, suppose you start laying out evidence that God exists—the traditional first step in classical apologetics.
Your friend may say, “I already believe in God. Lots of people do. Why does that give me a reason to be Catholic?”

So, you move to the next stage of classical apologetics and start laying out the evidence that Jesus is the Messiah God promised.

But your friend interrupts and says, “I also believe that Jesus is the Messiah. What reason does that give me to be Catholic?”

Perhaps your mind then goes to something that’s fundamental to the Catholic life, such as the Eucharist. After all, Vatican II said that the Eucharist is “the source and summit” of the Church’s life.

But before you can get very far into this subject, your friend stops you and says, “My church also has the Eucharist. We even believe in the Real Presence of Christ.”

And many churches besides the Catholic Church do believe in the Real Presence. Some groups, such as Eastern Orthodox, Copts, and Assyrians, have the properly ordained priests needed for their sacraments to be valid.
Others—such as Lutherans, many Anglicans, and some other Protestants—still profess belief in the Real Presence, even though they lack a valid priesthood.

Fortunately, there is one: the papacy, the line of popes that have shepherded the Church from St. Peter’s day down to our own.

Consequently, other Christians either deny the pope’s authority as the successor of St. Peter—or they deny that the pope is St. Peter’s successor at all.

This gives you the kind of issue needed to focus the discussion with other Christians: One should be Catholic because Jesus Christ instituted the papacy, and he expects us to be in union with it.

But you’ll still need evidence to show your friend why this is the case. That’s why apologist Joe Heschmeyer has just written his new book, Pope Peter.

In it, he shows the centrality of this issue for so many of the discussions in which we find ourselves, and he goes on to lay out the case for the papacy in a systematic, stepwise manner, focusing on three key claims:

1. The Church that Jesus founded is visible and organized.
2. St. Peter was the first visible head of this Church.
3. This basic structure was intended to (and did in fact) continue after the death of Peter down to the present day.

The first claim is important because many non-Catholics, particularly in the Protestant community, deny that Jesus intended his Church to be a visible, organized institution. Instead, they hold that it’s an “invisible,” spiritual union of all true believers, with no outwardly discernible membership and thus no divinely instituted leaders such as the popes.

The second claim is necessary because many Protestants deny that Jesus gave Peter a special office. They may say that Peter had a special force of personality that led him to often take the initiative more than the other apostles, but he didn’t have any special office that distinguished him from the others.

The third claim is important because some, while willing to concede that Jesus made Peter the head apostle, deny that this has any implications for us today. They say that, if you want to think of Peter as the first divinely instituted pope, you can, but he was also the only such pope. There were no later ones.

As he deals with these claims, the author also deals with objections to the papacy and shows its crucial role in helping us identify the canon of Scripture and which councils are truly authoritative.

If you want to find out more, Pre-order your copy of Pope Peter today!