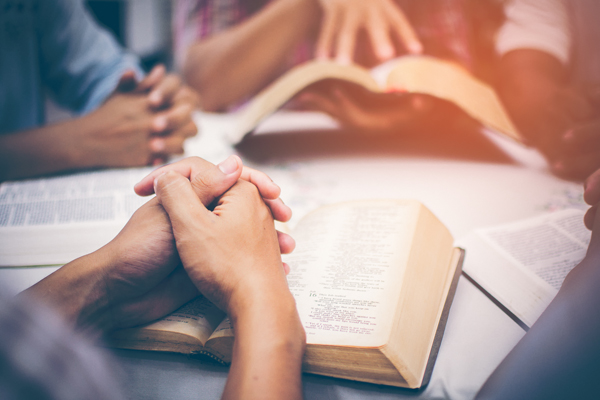 To outsiders, Catholicism is weird.

Protestants, especially, often have a hard time comprehending the Catholic world of popes, Mary statues, prayer cards, vestments, smells, bells, and Jesus’ actual body and blood in the Eucharist—especially if they have been taught that these are unbiblical additions to the pure Christian faith.

Of course, all of Christianity can seem pretty weird, can’t it?

All Christians believe in a God that is one yet somehow also three. We think that a man who is also God physically died to bring life to those who are spiritually dead. We think that a snake talked a couple into eating a piece of fruit that ruined the world. We believe in talking donkeys.

In light of this, it seems that the perceived weirdness of Catholic Christianity may not be a very good reason for Protestant Christians to reject it. If weirdness is a good reason to reject Catholicism, it is just as good a reason to reject Christianity entirely. Further, Protestantism has its own examples of weirdness, ranging from sweating television evangelists and arena-rock worship to “drunk in the spirit” congregants flopping around on the church floor or handling poisonous snakes to prove they are Spirit-filled.

No, most Protestants will say that it’s not Catholic weirdness alone that causes them to reject the Church—it’s disagreements over Catholic doctrines that they consider incompatible with Christianity. I wrote this book to explore some of those key disagreements in the hope of overcoming them, or at least shrinking the distance they cover.

The Bible tells us that, after Christ’s ascension but before the descent of the Holy Spirit, his followers gathered in the upper room, where they devoted themselves to worship “with one accord” (Acts 1:14). These earliest Christians were marked by unity of faith—a unity that, however splintered today, is still our goal (cf. John 17:21). And I think many Protestants may be closer to it than they think.

Why? Because lots of the weird Christian principles they believe actually set up nicely for arriving at Catholic particulars. Maybe they don’t see it because they haven’t connected the dots, or because of historical bias, or because of some small logical or exegetical obstacle, or simply because no one has explained one key piece of information to them.

But the dots can be connected, the bias overcome, the correct logic and info supplied.

On so many of the matters of Catholic belief that Protestants think they must radically reject, they’re actually not very far away from agreement. In fact, what they already believe as Protestants is a foundation for agreement with the Catholic position.

When it comes to the Eucharist, Mary and the saints, Scripture and Tradition, and more, we may not be so far away from accord after all.

By the terms principle and particular I am speaking of the distinction between a general truth and the more specific applications of that truth.

Arguments often go from principle to particular. In Aristotle’s famous logic example, he said that if “all men are mortal” (principle) and “Socrates is a man” (particular) it follows that “Socrates is mortal” (another particular). The trouble is that we rarely speak in such formal logical syllogisms, and for the sake of efficiency in an argument we usually leave out either the principle or the particular and just skip to the conclusion. So, if Aristotle was just walking down the street talking with you, he might simply say, “Socrates is mortal because all men are mortal.”

Emotions tend to run higher on disagreements over principles than over particulars, which are often less personal, more objective, and easier to discuss. It is often principles, however, that are perceived to be at issue even when it really is just the particulars. In America today, virtually no one would argue that murdering babies should be allowed (as a principle); yet many people think abortion should be legal (as a particular).

Until we can properly understand an issue according to its principles and particulars, we will just talk past each other.

From Protestant Premises to Catholic Conclusions?

So, reaching agreement over common principles doesn’t always easily lead to agreement on particulars, and this is no less true for differences between Protestants and Catholics. But it’s a good place to start. Looking at Catholic-Protestant theological debates on a more principled level can help each side understand the other better, thus avoiding the easy and unhelpful caricatures that often drive such debates. So long as misrepresentation and misinformation cloud the discussion, little progress can be made.

I have a good Protestant friend who enjoys the occasional theological sparring match with me. We have reached a level of friendship where we can really hack on each other with no hurt feelings or misunderstandings—and we take full advantage of this by hurling insults at each other’s traditions whenever opportunity arises. Most of our doctrinal debates end with him asking me if I don’t have some statues to worship and me asking him which denomination is God’s Church this week. We enjoy saying things like this to each other precisely because we both know that they are ridiculous misrepresentations of each other’s faith. (Catholic or Protestant, we’re still guys!)

Unfortunately, though, many of the silly portrayals of Catholics by Protestants (and Protestants by Catholics) are taken seriously by those who lack a firm grasp of what either side is really about. Of course, if all we know are misrepresentations, we can hardly take the other side seriously. A principled discussion of our differences requires that we cut through the quips and get to the bedrock issues that divide us. Seeing how conflicting particulars can actually be rooted in a common principle can go a long way toward reaching that state, and thus help move the conversation forward instead of miring it in misunderstanding. Sometimes the key to dialogue is not getting someone to see an issue from your perspective—but getting him to see it from his own.

If you want to find out more, pre-order your copy of With One Accord today!