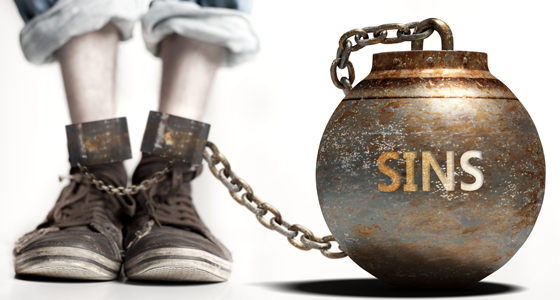 There is an idea among some Protestants that all sin is equal. Although tacitly recognizing that certain sinful actions are morally worse than others, they seem to get hung up on the idea that any sin is imperfection and any imperfection will keep someone out of heaven (this is why Jesus—who is perfect—must stand in our place). If this is the case, then any sin will send someone to hell, so any distinctions in gravity among sins is pointless. Therefore, all sin is equal. Sometimes they will quote St. James, who writes, “Who- ever keeps the whole law but fails in one point has become guilty of all of it” ( James 2:10).

Now, common sense tells us otherwise. A Hyundai and a Lamborghini are both cars, but they are clearly not equal! All broken laws are broken laws, and anyone who breaks the law is a lawbreaker no matter which law he broke. That does not, however, mean that there is no hierarchy within the law. Indeed, it seems evident from numerous passages of Scripture that various sins can result in varying levels of punishment. Jesus tells the Pharisees that they will receive a greater condemnation for their actions (Mark 12:40). He tells his disciples that anyone who will not listen to what they say will be judged more harshly than Sodom and Gomorrah (Matt. 10:14–15). James warns teachers that they will be judged more severely than others ( James 3:1). St. Peter says that for those who have come to the knowledge of Jesus Christ but then again defile themselves with the world, it would have been better if they had never known the way of righteousness (2 Pet. 2:20–22). John records Jesus saying that Judas has a greater sin than Pilate ( John 19:11).

We perceive a similar hierarchy when it comes to good works. Several times in the Sermon on the Mount, Jesus says that certain actions will lead to greater rewards (e.g., Matt. 5:11–12, 6:1–6, 16–20). How is it that these greater rewards are gained? Jesus said it’s according to what people do (Matt. 16:27). This concept is illustrated in the parable of the talents (Matt. 25:14–30) and repeated by Paul in Romans 2:5–6: “He will render to every man according to his works.” Paul also distinguishes between the reward received by those whose good works endure and those whose do not: “If the work which any man has built on the foundation survives, he will receive a reward. If any man’s work is burned up, he will suffer loss, though he himself will be saved” (1 Cor. 3:14–15; cf. Rev. 20:12).

But although many Protestants typically shy away from assigning salvation-merit to good works or damnation- judgment to evil works, many agree there is indication that these very things are taught in Scripture. Evangelical apologist Norman Geisler, for example, lists degrees of happiness in heaven and punishment in hell as an area of agreement between Catholics and Evangelical Protestants: “As to the degree of punishment, Roman Catholicism holds that ‘The punishment of the damned is proportioned to each one’s guilt.’ Augustine taught that, ‘in their wretchedness, the lot of some of the damned will be more tolerable than that of others.’ Just as there are levels of blessedness in heaven, there are degrees of wretchedness in hell.”80

In Principle Protestants Agree: Moral common sense and Scripture teach that not all sins are equivalent.

In Particular Catholicism Affirms: Sins are not equivalent— either in seriousness or their effects on salvation.

If you want to find out more, order your copy of With One Accord today!