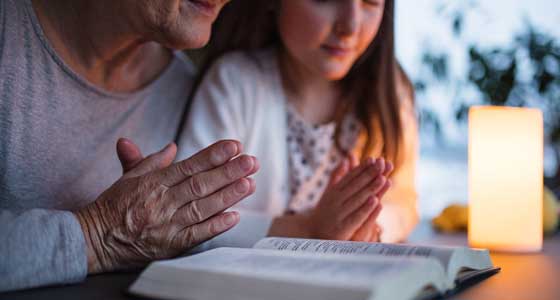 Earlier in my priesthood, I served as the vicar of vocations for my diocese, working extensively with young adults. In this way, I came to have a deep appreciation for the younger generation. Even as they struggled with entitlement, loss of purpose, and other such things, they also showed a genuine love for and desire to serve others, especially the suffering.

In particular, what stood out for me was the deep esteem that those younger people had for their grandparents. They enjoyed being with them, hearing their stories, and witnessing their way of life, and they relished the older generation’s stability. And they had a greater spiritual connection with their grandparents than with their parents. They saw their parents’ generation as inconsistent and unreliable. It was their parents’ generation that introduced them to no-fault divorce, legalized abortion, and other laws and cultural behaviors that imploded the stability of marriage and disintegrated their families. In reaction, young people turned to their grandparents, appreciating their faith, wisdom, and sense of commitment.

In case of point, a young university student told me a story that stands out in my mind. It’s a story that can help us address our duty to God. The young man explained to me that he was very close to his grandfather. The older man was a veteran from the Korean War. He retired as a businessman and spent his retirement serving his community and his extended family, including this grandson.

The young man described his grandfather in glowing terms. The older man woke up early, prepared breakfast for his wife, went to daily Mass, took a walk in the park (where he knew everyone there), did some woodworking, watched old Western television shows, volunteered at the local soup kitchen, and the list goes on. He was a happy man, comfortable in his own skin and satisfied with life.

On regular visits, this young man would tag along with his grandfather. When they went to daily Mass, the older man always served. On one occasion, the young man told his grandfather, “I think you’re the oldest altar boy in the Church!” They both laughed. But the grandson continued, “Grandpa, why do you go to Mass every day? Isn’t Sunday enough? The Mass is really early.”

His grandfather smiled and told him, “I go to Mass because it’s what men do.”

The young man was surprised by the answer. The older man continued, “God has been very good to our family, and, as the father of this family, I have to give him thanks. When our family needs us, we have to be available. When our country needs us, we have to be willing. When God blesses us, we have to give thanks.” As the young man recounted the story, he held out three fingers and touched each one of them as he recounted his grandfather’s list. I could tell that the young man had taken the list to heart and let the items therein become ingrained in his own mind and heart.

What the older man was describing was virtue and—in terms of God—the virtue of religion. Nowadays, virtue is outside the context of many younger people’s minds and worldviews. But virtue is an inner strength, for men and women. It is something we are called to as human beings. This grandfather knew virtue, he lived it, and he enjoyed its rewards. Do we?

Do we understand our interior call to a life of virtue? In particular, do we realize our summons to the virtue of religion?