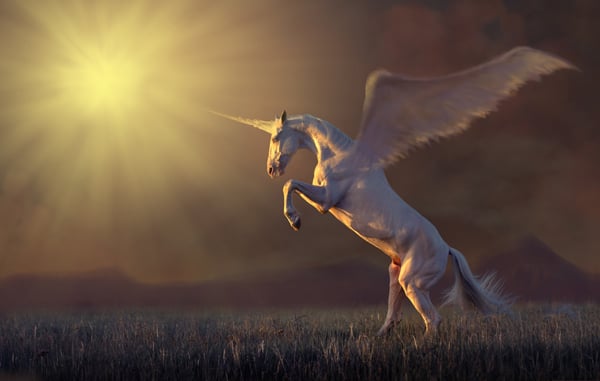 The Claim: The Bible describes fantastic, mythical beings—men who lived to be nearly a thousand years old, giants who walked the earth, and creatures like unicorns and dragons. This shows that the Bible is just a book of myths and can’t be trusted to inform us about the historical past.

According to Genesis 6:4, by the time of Noah there came a group of individuals called the Nephilim , who “were on the earth in those days, and also afterward, when the sons of God came in to the daughters of men, and they bore children to them. These were the mighty men that were of old, the men of renown.”

Critics say this passage is mythological because it describes sexual unions between angels (sons of God) and humans (daughters of men) that resulted in the birth of the mysterious Nephilim. But the text never says the “sons of God” are angels. Indeed, what makes angels different from humans is that they do not have physical bodies and so they can’t sexually reproduce. But if that’s true, then who were the sons of God and their offspring the Nephilim?

One interpretation of the Nephilim, which Christian theologians like St. Augustine and some Jewish rabbis in the first few centuries after Christ held, is that they were the righteous descendants of Adam’s good son, Seth (or the Sethites). The Sethites, who obeyed God’s commands, were God’s “sons,” but they later lost their righteous standing by marrying the worldly and immoral descendants of Cain (or the “Kenites,” who Genesis 6:4 calls “the daughters of men”). The children of these mixed marriages became very powerful and corrupt rulers, the Nephilim.

Another interpretation holds that the Nephilim were gigantic offspring that came from angels mating with humans. How this occurred would be a mystery, but we can’t rule out the possibility that fallen angels could have manipulated matter in order to cause pregnancies in human women. Either way, the Church has not officially defined the nature of the Nephilim, so a Catholic is free to accept the theory that best explains the text and its relation to other truths of the faith.

The Bible’s other descriptions of giants can be explained by the human authors’ use of exaggeration for rhetorical effect, or hyperbole. For example, in Numbers 13:33, a group of scouts sent into Canaan reported back to Moses that in comparison to the land’s inhabitants, “we seemed to ourselves like grasshoppers, and so we seemed to them.” This doesn’t mean that the inhabitants of Canaan were five-hundred-foot-tall monsters. It just means they were larger than the Israelites, which is quite plausible since ethnic groups can vary in height. Even today men in Scandinavian countries are on average seven to eight inches taller than men in Southeast Asia. If you belonged to a basketball team and the opposing team was, on average, a foot taller than your team, you might say it was difficult playing against such “giants,” without meaning that the other team climbed down from a beanstalk.

A unicorn is a horse with a long horn protruding from its forehead. Medieval literature described it as possessing medicinal or even magical powers. In the KJV, the unicorn is depicted as a symbol of strength and wild power. Numbers 23:22 says, “God brought [the Israelites] out of Egypt; he hath as it were the strength of an unicorn.” In Job 39:9-10, God points out Job’s human limits and says, “Will the unicorn be willing to serve thee, or abide by thy crib? Canst thou bind the unicorn with his band in the furrow?”

The Hebrew word the KJV translates as “unicorn” is re’em, which modern scholars have identified with an auroch, or a large, horned cow that is now extinct. The ancient Assyrians also referred to these animals by a similar name, rimu. So how did the Hebrew word re’em become “unicorn” in the King James Version?

The translators of the Septuagint, the ancient Greek translation of the Old Testament, used the Greek word monoceros (literally “one horn”) in place of the Hebrew word re’em. In the fifth century, St. Jerome translated the Septuagint into the Latin Vulgate and used the Latin equivalent of “monoceros,” or unicornis. Eventually, this word became “unicorn” in English.

But why did the Septuagint translators use a word that literally meant “one horn” instead of something like “wild ox? One theory is that they may have been thinking of another animal that also fits the description found in passages like Numbers 23:22. The first-century Roman naturalist Pliny the Elder described a real animal from India called a monoceros.

[It] has the head of the stag, the feet of the elephant, and the tail of the boar, while the rest of the body is like that of the horse; it makes a deep lowing noise, and has a single black horn, which projects from the middle of its forehead, two cubits in length. This animal, it is said, cannot be taken alive.

Today, in northern India, there is a very strong animal with feet like an elephant, a large body, and one horn that protrudes from its head. If we allow some leeway in Pliny’s description (which is necessary in ancient descriptions of unique creatures) we can identify this creature as the modern Indian rhinoceros. Indeed, monoceros means “one horn” and rhinoceros means “nose horn” (rinoceros). A rhinoceros would make sense in these biblical passages because, unlike unicorns, they are known for being very strong beasts that can’t be domesticated.

In order to remain faithful to the original language, and to avoid confusion with the medieval concept of a unicorn, most modern translations of the Bible render the Hebrew word in these passages as “wild ox” and not “unicorn” or “one horn.”

If you enjoyed this excerpt, and want to find out more, order your copy of Hard Sayings: A Catholic Approach to Answering Bible Difficulties today!