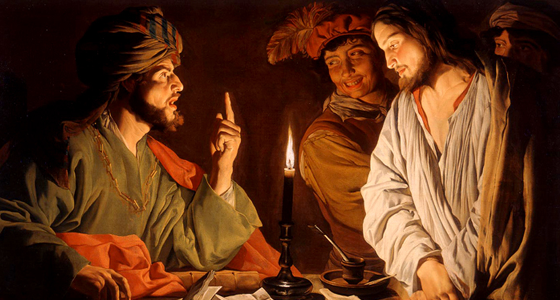 Christians claim that, starting with Abraham and culminating in Jesus, God intervened in history. What is the evidence for this claim?

• The unique history of the Jewish people. This small shepherd people has survived for millennia despite constant attacks and despite constant pressure to assimilate. In the ancient world, they introduced entirely new ways of understanding the divine, and their claims about the oneness, justice, and mercy of God transformed the world. They have been just a sliver of the world’s population, but it is impossible to imagine world history without them. All of this is evidence in favor of their claim to a special relationship with God.

• The unique influence of the Bible. How did an insignificant shepherd people come to assemble the most influential texts in human history? Why does this ancient book continue to influence individuals and world history as no other book does, even to this day? Its influence is evidence that something strange and wonderful is going on here.

• The strangeness of the person of Jesus as a unique teacher. He made unique claims about his own divine identity and, despite dying on a cross at thirty-three, he became the most influential person ever. After his death, his teaching made new modes of human flourishing possible, and his followers transformed the moral landscape of the entire planet.

We could extend a list such as this into a book of its own, but even these three facts demonstrate why it is reasonable to believe that God—through the Jewish people—has intervened in history. And it is even reasonable to believe, as those who witnessed Jesus raise a man from the dead exclaimed in Luke’s Gospel, “God has visited his people!” (Luke 7:16).

Did you enjoy this excerpt? Order your copy of A Teacher of Strange Things Today!