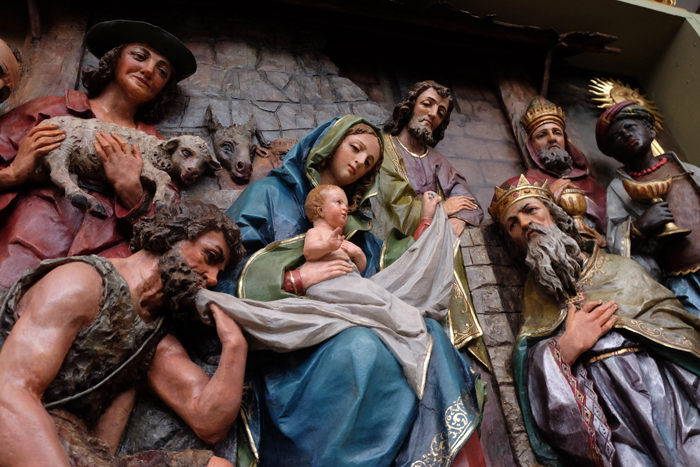 “When Jesus was born in Bethlehem of Judea in the days of Herod the king, behold, wise men from the East came to Jerusalem” (Matt. 2:1).

“Wise men” is a common translation in English Bibles, but it doesn’t give us a good idea who they were.

The Greek word used here is magoi—the plural of magos. These terms may be more familiar from their Latin equivalents: In St. Jerome’s Vulgate, we read that magi came from the east, and an individual member of the group would thus be a magus.

Who Were the Magi?

Originally, the term magi referred to a group of people in Persia (modern Iran). Around 440 B.C., the Greek historian Herodotus listed the Magi as one of the six tribes of the Medes (Histories 1:101:1).

Apparently, they were like the Jewish tribe of Levi, for they exercised priestly functions. Herodotus says that whenever a Persian wanted to sacrifice an animal to the gods, he would cut it up and then “a magus comes near and chants over it the song of the birth of the gods, as the Persian tradition relates it; for no sacrifice can be offered without a magus” (Histories 1:132:3).

The Persians also looked to magi to interpret heavenly omens. Consider the case of the Persian king Xerxes I (also known as Ahasuerus, who married the biblical Esther). In 480 B.C., he asked the magi to tell him the meaning of a solar eclipse that occurred as he was about to do battle with Greeks.

They said that the sun was special to Greeks, so when it abandoned its place in the daytime, the god was showing the Greeks that they would have to abandon their cities. This emboldened Xerxes (Histories 7:37:4), but things didn’t work out well. His expedition against Greece ended up failing.

Even so, this shows the original magi were interpreters of astronomical portents, as later magi would be for the star of Bethlehem. Over time, the term magi ceased to refer exclusively to members of the Persian priestly caste. The skills they practiced became known as mageia, from which we get the word magic in English, and by the first century, anyone who practiced magic could be called a magos.

Thus, in Acts 8, we meet a man named Simon, who was a Samaritan, meaning he had mixed Jewish ancestry. Simon practiced mageia (8:9, 11), and so he became known as Simon Magus.

Full Jews also could be magi, and in Acts 13 we meet a Jewish man named Bar-Jesus, who is described both as a magus and a false prophet (13:6).

This means that, in Jesus’ day, the term magus was flexible, so we need to ask another question.

Who were these magi?

Matthew’s magi were clearly dignitaries of some kind, as shown by the facts that they (1) saw themselves as worthy to congratulate a distant royal house on a new birth, (2) had the resources and leisure to undertake such a lengthy journey, (3) could offer costly gifts, and (4) received a royal audience with King Herod the Great.

Matthew says that they came “from the East,” which from the perspective of Jerusalem would point to locations such as Arabia, Babylonia, and Persia.

Jews lived in all of these regions. Consequently, some interpreters have proposed that the magi who visited Jesus were Jews, who would naturally be interested in the newborn king of their race.

However, most scholars have concluded this is unlikely. If they were visiting Jewish dignitaries, Matthew would have identified them as co-religionists. The fact he merely describes them as being “from the East” suggests that they were Gentiles who came from a distant, eastern land.

Matthew also says that they went back “to their own country” (2:12), suggesting they were among its native inhabitants rather than Jews living in exile.