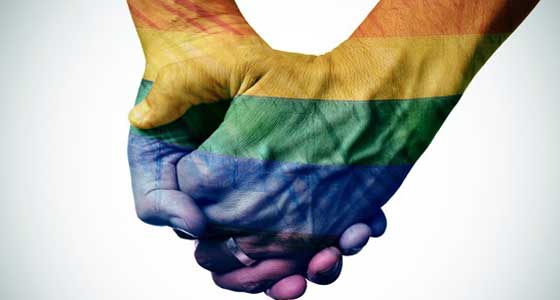 Despite the ruins of the Sexual Revolution being all around us, many Protestants are doubling down—not only continuing to support contraception, but starting to embrace other related practices that have historically been considered grave sins. And as usual, theirsola scripturaapproach is allowing them to re-interpret Scripture to find justification.

For example, the debate over homosexuality and same-sex “marriage” in Protestantism is taking an almost identical trajectory to the debate over contraception. It is another topic on which Christianity has been almost completely united until very recently. All Christians traditionally have understood homosexual practice to be immoral, contrary to God’s law, and never was the notion of same-sex matrimonial unions even entertained—until the day before yesterday—because it was considered absurd.

Without an authoritative interpreter of the Bible, however, and hopelessly committed to its private interpretation, Protestantism’s walls of defense on these issues have begun breaking down, too. The more liberal mainstream denominations were the first to embrace homosexuality and same-sex unions, as we might expect, but the more conservative Evangelical groups are not far behind.

And they’re citing Scripture as their reason.

Evangelical author Matthew Vines, for example, made waves in 2012 when he delivered a speech to the College Hill United Methodist Church detailing his view that the Bible does not condemn homosexual behavior. Admitting that he was going against 2,000 years of interpretive tradition, Vines nevertheless stormed ahead, offering fresh takes on everything from Sodom and Gomorrah to the Sermon on the Mount.

The talk quickly garnered over a million views on YouTube and led to a New York Times focus piece and then a book deal: 2014’sGod and the Gay Christian: The Biblical Case in Support of Same-Sex Relationshipsquickly became a bestseller.

Several Protestant theologians attempted to debunk Vines’s scholarship. Albert Mohler wrote a lengthy rebuttal to the book, driven to do so “as one who must be obedient to Scripture.” But why must we be obedient to Mohler’s interpretation over Vines’s? Within asola scripturaframework, there simply is no compelling reason to submit to someone else’s Bible interpretation over our own—or the one that we like.

The purpose statement of Vines’s LGBTQ activist group, aptly named theReformation Project, proclaims unironically that it is a “Bible-based” organization and promotes books with titles such asBible, Gender, Sexuality: Reframing the Church’s Debate on Same-Sex Relationships,Transforming: The Bible and the Lives of Transgender Christians, andAncient Laws and Contemporary Controversies: The Need for Inclusive Biblical Interpretation. This approach has been succeeding within Protestantism ever since the Reformation, there is no reason to think it will fail now.

The Catholic Church is also sticking with what has worked, and its response to the same-sex-marriage issue has also mirrored the contraception controversy. On one hand, many Catholics are fully on board with the Sexual Revolution and embrace every new change in morality that comes down the pike. There are plenty of Catholics who support the homosexual (and now transgender) movement. On the other hand, the teaching of the Church hasn’t changed.

God cannot and does not bless sin, and the Church he founded does not and will not bless sin. However, by leaving the Church and turning to “the Bible alone,” the Protestant Reformers opened the door for Christians to re-imagine a God who does bless sin. In the 500 years since Luther offered sola scriptura as a guiding principle for faith and morals, Protestant Christians have progressively and perversely used the Bible to justify all manner of immorality in the name of God.

Our culture is facing a reckoning. We live in an age in which truth has perished in the streets (Isa. 59:14), and everyone is doing what is right in their own eyes (Judg. 21:25). We need God’s Word to arrest the slide and enable us to turn back to him. But the Bible alone is not enough to provide it. His Church is the divinely appointed vehicle, and I encourage each of you to consider what God’s role for you in it, and in its mission, might be.

Order your copy of Twisted Unto Destruction: How "Bible Alone" Theology Made the World a Worse Place, today!