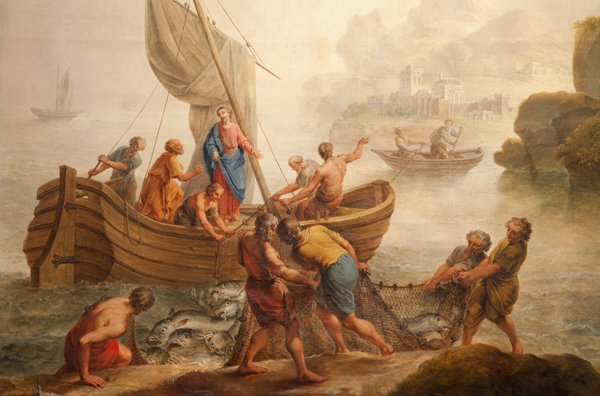 What is a miracle, and how does it differ from magic? Both “miracle” and “magic” are notoriously hard concepts to define, and differing religions demarcate their respective limits differently. The closest we get to a biblical answer is in Moses’ and Aaron’s encounter with “the wise men and the sorcerers” of Pharaoh (Exod. 7:8-13). At the Lord’s instruction, Aaron “cast down his rod before Pharaoh and his servants, and it became a serpent.” The “magicians of Egypt” then did likewise, but “by their secret arts,” rather than by obedience to God (10-11). This suggests that the chief distinction between miracle and magic, within the framework of Scripture, is that “magic is manipulative; miracle, which is an aspect of religion, is supplicative.” That is, miracles rely on God, whereas magic seeks an occult means of getting around him.

But there is another, more subtle, dimension to biblical miracles. In the New Testament, Jesus’ miracles are “living parables,” illustrating and animating his teachings. This is a stark contrast from the way that Jesus is sometimes depicted in false gospels. For instance, in the so-called “Infancy Gospel of Thomas,” the young Jesus is presented as striking another child dead in a fit of irritation after the running child bumped into his shoulder. It’s raw power, with no meaning beyond “I can do this.” The biblical miracles, in contrast, have more to them. It’s for this reason that we see the Jesus of the Bible exercising his divine power, not by killing people, but by healing and even raising them from the dead. Commenting on the three instances in which the New Testament records Jesus raising people from the dead, St. Augustine notes that “surely the Lord’s deeds are not merely deeds, but signs. And if they are signs, besides their wonderful character, they have some real significance.” In these cases, he suggests, the deeper meaning is that “every one that believes rises again.”

The scriptural way of describing this dimension of miracles is calling them “signs” or “signs and wonders” (cf. Deut. 6:22; John 2:11; Acts 6:8; etc.). With any of the biblical miracles, we should ask, “What was the meaning of this miracle?” For instance, although Jesus doesn’t kill an innocent boy in the New Testament, he does cause a fig tree to shrivel up and die (Matt. 21:18-22). In Why I Am Not a Christian, The British philosopher Bertrand Russell said that the “curious story” had “always rather puzzled me.” Indeed, he cited this as a “moral problem” within Christianity that showed Christ’s inferiority to teachers like the Buddha and Socrates. But Jesus isn’t behaving in an insensible or ill-tempered way. Recall that John the Baptist had prepared the way for Christ by calling his listeners to “bear fruit that befits repentance,” since “every tree therefore that does not bear good fruit is cut down and thrown into the fire” (3:8,10). Jesus continued with this imagery, comparing the spiritual fruitlessness of Israel to a barren fig tree (Luke 13:6-9), drawing upon the prophetic language of Isaiah 5. When Christ causes the fruitless fig tree to shrivel, he’s not having an emotional outburst or “punishing” the tree as if it were a moral agent capable of knowing right from wrong. Instead, it’s as if Jesus is enacting the parable of the fig tree

What, then, are the three miracles involving a miraculous catch of fish, and why is St. Peter closely involved in all three?

Part of the meaning is that the miraculous catches remind us of the need to trust in God, a lesson that fishing itself teaches. Building upon the theology of St. Athanasius and other Church Fathers, C.S. Lewis describes miracles as “a retelling in small letters of the very same story which is written across the whole world in letters too large for some of us to see.” The supernatural events in the Bible tend to build upon, and in some way resemble, natural events. And as the nineteenth-century Baptist preacher Charles Spurgeon observed, “a fisher is a person who is very dependent, and needs to be trustful.” Since he cannot see the fish, every act of fishing “is an act of faith.” The Reformed theologian and pastor Tim Challies likewise suggests five ways that evangelization resembles fishing: both require going; expertise; diligence; dependence upon providence; and confidence.

All of this is true, but we shouldn’t miss the obvious: these miracles are also personalized for Simon, who was a fisherman by trade (Matt. 4:18; John 21:3). They’re also, as we shall see, closely connected with Jesus’ description of the kingdom of God on earth (Matt. 13:47). In other words, these are the sort of miracles we shouldn’t be surprised to find, if Jesus intended to entrust the Church to the care of the “fisher pope,” Peter.


If you want to find out more, order your copy of Pope Peter today!