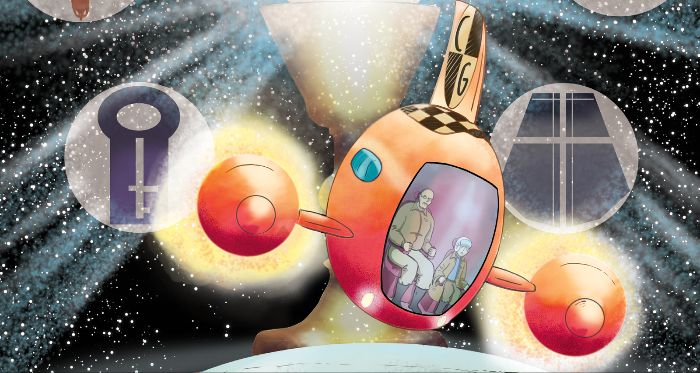 Catholic Answers recently sat down with Amadeus, the monk behind the Truth is Out There Series, to talk about his using new and exciting methods to reach readers with the truth of the Catholic Faith.

Q. We’re really excited about the latest installment in the Brendan & Erc series, but before we get to that, let’s go back a bit to where this series started, over 6 years ago. What initially inspired you to take on this project?

Amadeus: Simply put, my friends. In September of 2000, I had something of a conversion, turning to God and the Church in a new way after leading a worldly life. My first and greatest sadness was that none of my friends shared my new found enthusiasm for our Faith. A few years later, after joining the monastery and reading a summary of Salvation History in Tanqueray’s book The Spiritual Life, I thought I had finally hit upon something that would touch their hearts. My plan was to present God’s plan of salvation to them in an illustrated letter, in the style of some of the illuminated manuscripts of medieval times (as I figured it would increase the likelihood that they would read it), but I quickly realized that this was beyond my artistic abilities. So, I settled for what I know how to do; drawing in comic format.

Q. Was the plan always for a series, or did you realize after The Truth Is Out There that Brendan and Erc had more to say?

Amadeus: The plan began with a book about salvation history which I found amazing! Somehow, in all my years of Catholic school and attending Sunday Masses, I had never heard of or caught sight of the big picture of our salvation, namely the creation, fall and redemption of mankind. This not only helped me make sense of everything in our Catholic faith but also showed the love of God for us, and for me in particular, in a powerful way. Yet, as I got to thinking about it I realized that I couldn’t begin with that story, I first had to prove that the Catholic Church was worthy of belief. Otherwise, our version of salvation history is just one story among others concocted by various religions of the world. Hence, The Truth is Out There was born with the intention of laying the groundwork for The Big Picture. The Weapons of War is also connected to salvation history by bringing it to a personal level, showing how we participate in God’s plan through the sacraments.

Q. Tell us a little bit about the story line of The Weapons of War. Who are our heroes up against this time around? What’s the narrative of the story?

Amadeus: Well, this time around our heroes find themselves sent to Mars which is on the verge of creating a man-made paradise through extensive terraforming. It is a very secular planet where religion is banned, so Brendan and Erc are challenged to keep their faith in a world of unbelief. Eventually, they discover an underground Catholic Church and get involved in a conflict between themselves and the government. Throughout the story, the sacraments and, especially, the Eucharist stand out in contrast to the seemingly powerful things of the world. As St. Paul put it, “God chose what is weak in the world to shame the strong, God chose what is low and despised in the world, even things that are not, to bring to nothing things that are…” (1 Cor 1:27-28)

Q. It seems since The Truth Is Out There came out that we’ve seen a lot more Catholic Graphic novels hit the scene. Do you think you started something, or is the Graphic Novel by nature just a better way to reach today’s generation?

Amadeus: I’d love to take the credit, but I honestly doubt that I had anything to do with it! Still, comics are a great form of communication, especially to a generation that’s more attuned to visual media than the written word.

Q. Have we seen the last of Brendan and Erc? Is there more to look forward to in the future?

Amadeus: Good question! Bill Waterson, the creator of Calvin and Hobbes, wrote that he ended his comic strip at the height of its popularity because he felt he had said everything he set out to say. Likewise, these three Brendan and Erc books have said all that I planned to say. Presently, I have no plans for more Brendan and Erc books but, as they say, “never say never.” Only God knows if Brendan and Erc will continue to explore the truths of our Faith in the future.

Amadeus: Where to begin? Well, my faith life is intimately connected to my vocation, which is that of a contemplative monk dedicated to Eucharistic Adoration. The life of a contemplative is a life of faith: you rarely ever catch a glimpse of the good that you are doing in the Church and the world. It is a life hidden in God and trusting in His work within our souls and the souls of others.

I love my life as a monk, especially the quiet hours spent before the Eucharist. It is a joy to live close to our Eucharistic Lord! I have only been a priest for 6 years, but I love the times I exercise my priesthood especially in celebrating the Divine Liturgy and hearing confessions. On a more natural level, I do enjoy cooking and, especially, baking. I suppose all cooks like to make the foods they like to eat, and I do have something of a sweet tooth!

As for some of my crosses, well, my greatest crosses come from myself, seeing my own pitiful response to the graces that I’ve been given. I’m also a stickler for liturgy and it’s painful when I see mistakes made, especially if I’m the one making them!

Q. What do you hope readers gain when they read your books? Is there a natural progression of growth in Faith as one works their way through the books?

Amadeus: My hope is that readers will gain a greater understanding and appreciation of the Catholic faith. There’s a lot of confusion out there and I’m hoping that these books lessen it even a little.

Without doubt, there is a natural progression of growth in the Faith as a reader goes from one volume to the next! The first book assumes nothing but reason and good will and builds up to the Catholic Church; the second explores the core truths of the Catholic faith, found in the Creed; and the third invites the reader to participate in Christ’s life through the sacraments 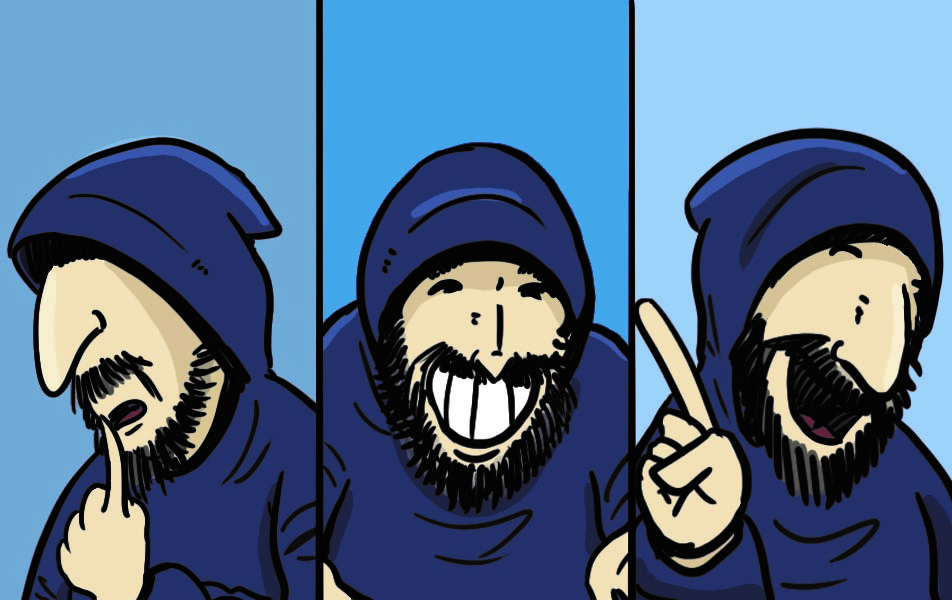