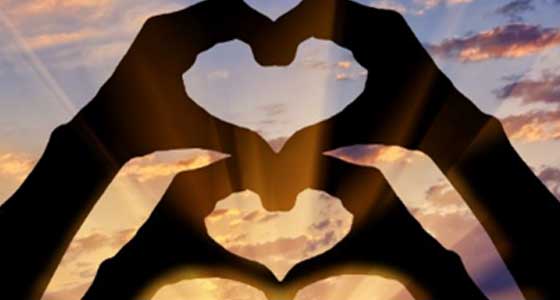 Throughout my priestly ministry, I have always heavily preached the importance of frequent confession. In my homiletics, I stress the spiritual goods of the sacrament and their effects on our souls. Regrettably, many of the faithful dismiss the invitation and settle for the oftentimes tragic minimum of once a year. Every once in a while, however, someone will be stirred by the Holy Spirit and will start going to regular confession.

On one such occasion, a middle-aged woman (not from my current parish assignment) accepted the call and started going to confession monthly. After a few months, she asked to see me and discuss her reception of the sacrament. I was overjoyed and expected a serious conversation on aspects of ascetical theology. I was wrong. The conversation started amicably enough, but then it quickly spiraled downward. The woman expressed frustration not only with the sacrament, but with me. She indicated that she had accepted the call to make regular confessions, changed her schedule to accommodate her new resolution, and then dove into various resources to prepare well for the sacrament. Everything seemed fine in her explanation, so I was curious to see what was causing the frustration. I didn’t have to wait long.

After giving a summary of her noble efforts, she told me, “Father, I did all those things, and I’ve received confession every month, and you know what? I didn’t feel anything. It made no difference. What’s the point?”

After a pause, I noted, “But it sounds like you’ve made good confessions.” The woman nodded, and so I continued, “Well, then, your sins are forgiven, and God’s grace has been poured into your heart. What else were you expecting?”

The woman looked at me as I must have been looking at her, and she responded, “Comfort! Or something. I hear all these stories about people coming out of the confessional and feeling lighter and better and more motivated. I thought I’d feel something.”

Okay, now I understood, and so I asked her, “Do you know that your sins were forgiven, and that grace was given to you, even though you didn’t feel it?” Her response was as shocking as it was scandalous. She said in a matter-of-fact tone, “But if I don’t feel it, what’s the point?”

I couldn’t believe my ears. Did this Christian really just make those comments? I waited and then followed up.

“Well, the point is that your sins were really removed, you were really given grace, and however your emotions did (or did not) respond has nothing to do with the reality. Your sins were forgiven! You have received grace, which is God’s own life and power. This is reality!”

The conversation didn’t get any better. To my knowledge, the woman stopped going to confession because she didn’t feel consoled and decided that God had somehow failed her and had not fulfilled his part of her presumed bargain.

The conversation was difficult, to say the least. It’s hard even to relay now in this book. And yet, we see the widespread belief in the West, even among Christian believers, that religion and worship should spark our emotions and make us feel good. The wayward conclusion is reached: if they cannot accomplish the demands of sentiment, then they aren’t worth doing. This is the sad, false reality that occurs when religion becomes sentiment.

This state of affairs raises some questions. How are we supposed to understand the proper place of sentiment in religion and worship? Is sentiment always a bad thing? Can the virtue of religion withstand a coup d’état by sentiment?

In our desire to accept the path of true worship, there are some struggles along the way. We are fallen, and in our fallenness, we are inclined to incomplete worship or even to a well disguised self-worship. In particular, our sentiments and emotions want to corrode reality and make our hearts the center of all things. With that temptation before us, we have to clarify what our heart is, why we’ve been created with sentiments and emotions, and how we are to understand them.

As human beings, made in the image of God, we have a self-possession born from our spiritual souls. This self-possession is the ground upon which we share in God’s own divine reason. It is the basis upon which our sentiments move.

Biblically, our self-possession is referred to as “the heart,” which the Catechism of the Catholic Church calls our hidden center, the place of truth, decision, covenant, and the arena where we encounter God (#2563).

And so, when the Bible speaks of “the heart,” it is not referring to the epicenter of our emotions, or even to how we “feel” in the popular sense, but rather to the place where truth is discovered (not invented) and where we are revealed to ourselves and where we encounter the living God.

In a moral sense, “the heart” is also a reference to our conscience. But just as the heart has been redefined in our modern world, so has the conscience. Properly understood, the conscience is the inner sanctuary of the person, where he communicates not only with himself, but also with God. There, in the hidden meeting place of his interior life, the moral law and the person’s freedom interact and make decisions.